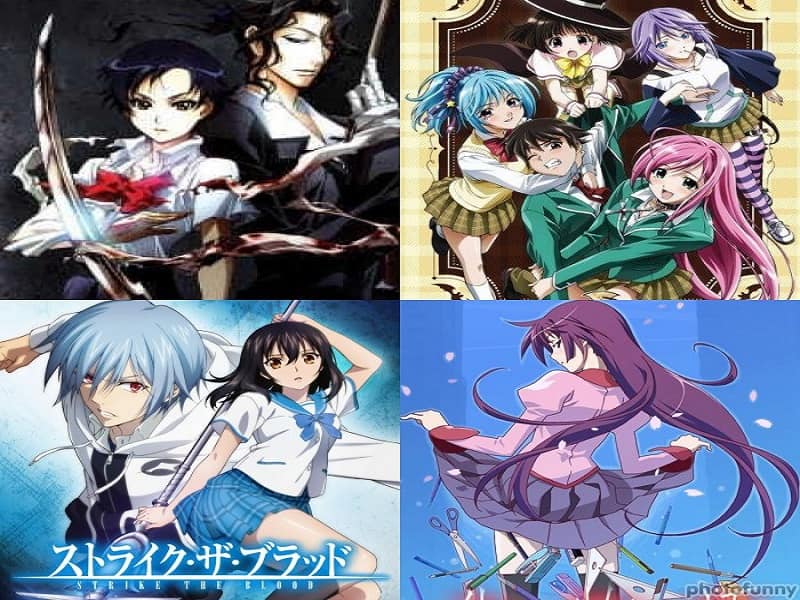 We have seen Vampire related stories in the form of Live Action Series such as Twilight or Vampire Diaries. But generally, we made an observation that Vampire related are sadly underrated. Only a few of the series made it popular such as Bakemonogatari or Nobelese, a Korean Manhwa.

Even super popular manga like Jojo’s Bizzare Adventure has the Vampire concept in it, but it was an action genre. This makes fans curious whether any vampire-related animes have a central theme of Romance.

As we all know, Rom-Com is generally liked by many fans and is pretty popular. So, in this article, we are going to discuss “Top 20 Romantic Anime with Vampires with Great Plot”.

The basis of ranking is purely done by taking an IMDB rating, and if the rating is tied, we have taken which plot is more interesting. Later in the post, we considered all the points and carried out an unbiased result based on them. So, let’s discuss. 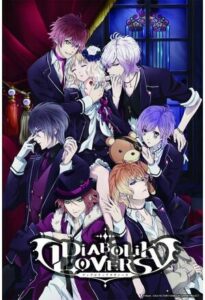 Diabolik Lovers is the lowest-rated show on this list. Even though it got fewer ratings, the show is very amazing. The main plot follows the story of Yui, who is forced to live in a mansion where her 6 brothers are vampires.

There is so much drama and Romance going on between the 6 vampire brothers and Yui. 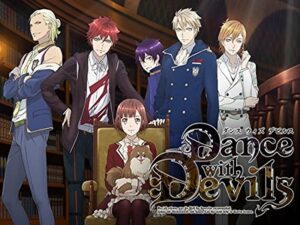 Dance with Devils is the lowest-rated series on this list. Even though it is the lowest rated, the series has a unique concept that might be worth giving a try.

The story’s lead is Ritsuka, who somehow finds herself in the conflict between vampires and demons as both sides firmly believe that she is the final key to getting their hands on a powerful grimoire.

The story is about a reverse harem where 4 men fall for the same girl. Out of all characters, Ritsuka’s depth of character is very refreshing as the thinking of her actions and emotions make it logical. 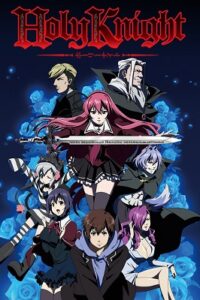 Holy Knight is another one on this list that got the lowest rating. Still, it makes it worth watching as the story revolves around a teenager named Shinta whose life turns around when a beautiful girl named Lilith in his Class gets attracted to him.

Later it is revealed that Lilith is indeed a vampire. As the story progresses, their love for each gets stronger. Currently, it has only 2 ova, which are 30 minutes each, making it easy to binge-watch. 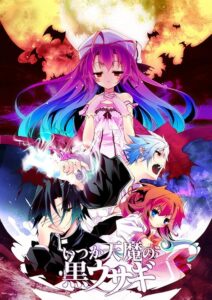 Isuka Tenma No Kuro Usagi deals with the promise between the protagonist Kurogane Taito and the beautiful Vampire Saitohimea.

The story is about these two leads who met a few years ago and fell in love with each other. Saitohime’s love for Taito was so greater that she fell for him and gave him a power that allowed him to have seven lives every fifteen minutes. 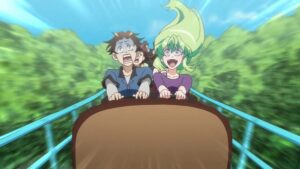 My Monster Secret is another vampire-based storyline that is on this list. It follows the plot of Asahi Kuromine, who is deeply in love with Youko Shiragami.

He gets the biggest when he comes to know that Youko is a vampire. The later plot deals with Asahi stopping her from quitting school and promising her to keep it a secret.

Unfortunately, it turns out that Asahi is very easy to read and is incapable of keeping all the secrets to himself.

Dance in the Vampire Bund from the title itself, we get that the plot entirely revolves around Vampires, and the addition of Werewolves into this story is a big plus. It makes very much exciting as we know how much rivalry between vampires and werewolves they share.

This makes it worth watching to see the Romance between Mina Tepes, the vampire queen, and her protector Akira Kaburagi who is a werewolf.

In this plot, Mina built a separate colony for Vampires and Werewolves, which is called Bunds, where they can leave freely instead of hiding. The primary duty of these two protagonists is to defend themselves from outside attackers. 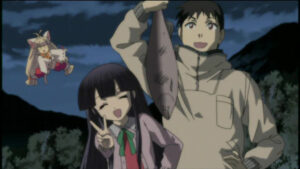 Tsukuyomi Moon Phase has a fresh premise where our male protagonist is a freelance photographer who is immune to Vampires. Kouhei Moritaka, the hero, travels to Germany to take pictures of supernatural activities which are occurring on the insistence of his editor.

He enters a castle where he bumps into a cute young girl Hazuki. Kouhei successfully escapes the castle after a failed attempt by Hazuki to make them into a vampire, and he returns to Japan.

As the story progresses, they gradually become very close and start to have affection for each other. 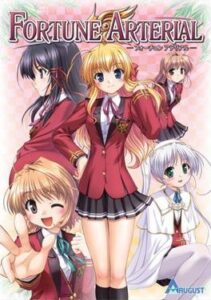 Fortune Arterial’s plot mainly revolve around Kohei Hasekura, who transfers to Shuchikan Academy. Immediately after transferring, he learns that a girl who lives nearby is a vampire named Erika Sendo.

The plot comes across several standard situations, but surprisingly it does not follow standard tropes. Instead, the characters make intelligent and logical decisions. 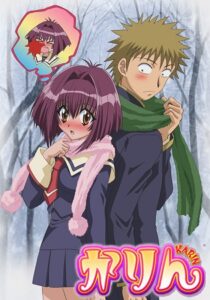 Karin is a romantic comedy anime where the titular character is a vampire but hates to drink blood, unlike her peers. Instead, she injects extra blood into her victims, earning her the title Blood Maker.

She soon meets a new transfer student named Usui Kenta, whom she falls in love with and who takes care of her after knowing her secret. Ultimately, they both get married and have a daughter named Kanon. 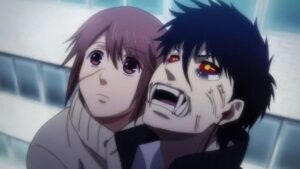 Devil’s Line follows the plot of Tsukasa Taira, who becomes aware of the Vampire’s existence when it is revealed that her best friend Yuuki Anza is a half Vampire. As the story progresses, Tsukasa slowly gets attracted to Anzai. 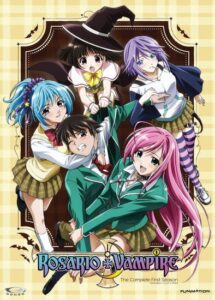 Rosario to Vampire is a supernatural rom-com that follows the life of Tsukune and his romantic exploits with various female leaders who are all demons.

While protecting Tsukune’s identity as a human being, the girls join the school’s Newspaper Club, eventually battling a variety of monster gangs and certain teachers.

The anime is episodic, which moves the plot forward. Even though it feels very formulaic to watch, it will still be worthwhile. 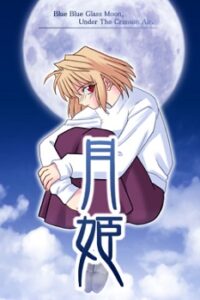 Tsukihime anime plot follows the story of Shiki Tohno who is a resident of Misaki Town. When he was young, he suffered a life-threatening situation that enabled him to see death lines, but as a side effect, he had a lot of headaches.

As the story progresses, he confronts Vampires and dead apostles. Similar to the fate series, the story has n number of different routes where the protagonist any girl he wants depending on his choice. 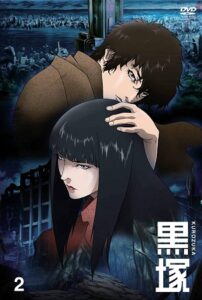 Kurozuka is an amazing Vampire related anime which is seinen that has a Historical and Modern World connection. The anime is known for having a grand start, where it begins with our main protagonist Kurou being chased by his enemies sent by his elder brother.

During the chase, he hides in a house to take shelter and meets a beautiful woman named Kuromitsu. He immediately falls in love with her, but to his misery, it turns out she is a vampire.

He gets betrayed by his servant Benkai who captures him and turns him into the red army for execution. Before his transformation gets completed, his head gets cut off.

A year later, he wakes and arrives in the modern world dominated by Red Army. He quickly joins the rebels and starts the quest to find his lover Kuromitsu, whom he got separated from years ago. 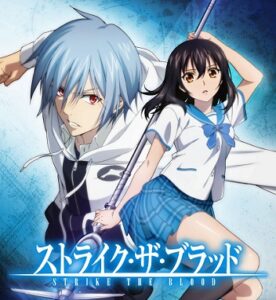 Strike the blood deals with the story of Kojou Akatsuki, who becomes Vampire 3 months before the start of the plot. The interesting thing about the plot is it focuses on the relationship between the hero and leading ladies.

The story’s main character is ideal as he is strong, dependable, attractive, and heroic and comes to save the day.

More than the hero, I liked the heroines of the story as their personalities are more clearly clarified. Out of all 12 heroines, Yukina Himeragi has great progress and development in the series. 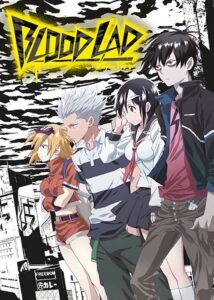 Blood Lad series followed the Vampire theme and made it into a light-hearted tale. The main lead is Staz Charlie Blood, who is the powerful ruler of the eastern district of the demon world, and he never met a human girl in his life.

He happens to meet Fuyumi Yanagi, and he slowly falls in love with her. But unfortunately, she gets killed and becomes a ghost. Soon she is resurrected by Staz, and their journey begins.

Later on, they are joined by a treasure hunter & werewolf. It is also revealed that Staz is a nerd who is curious about the human world. 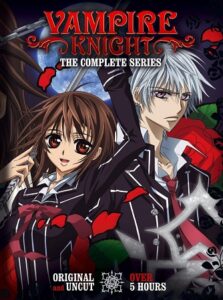 Vampire Knight has a fantastic premise that has enough twists to keep the audience hooked. It follows the story of Yuki, who is a human and protects others from vampires.

She is very close to Zero Kiryu, who is a vampire as well as a vampire hunter, which is unique. Yuki and Zero are one of the cutest and most adorable pairs in the Vampire Knight series. 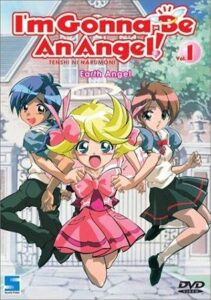 Unfortunately, Noelle belongs to supernatural beings who forcefully barge into Yuusuke’s house along with her family. Noelle’s family consists of where her father, Frankenstein, and her mother, a witch.

Meanwhile, she has three siblings where her elder sis Sara is an invisible girl, her brother Gabriel is a vampire, and her little sister Ruca who looks like an elf, is an inventor. The story is a rom-com that follows Yuusuke and his problems with Noelle’s bizarre family. 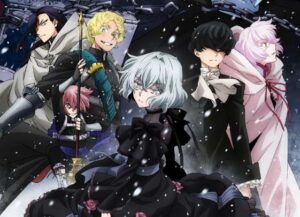 The Case Study of Vanitas is one of the latest series on this list which had its pairing of the first season a year ago.

The story is set in 19th Century Paris, and the story focuses on the young Vanitas and the Vampire Noe in the search for Vanitas to cure the vampires cursed by his grimoire called The Book of Vanitas.

Jeanne is the female of the series and is her love interest Vanitas, where she blushes when Vanitas proclaims his love for her. 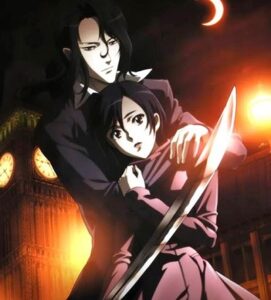 Blood+ is another cool anime that centers around vampires. However, the story is pretty dark and maintains a very serious tone. In this series, the main protagonist is a female name Saya Otonashi who was forced to become a vampire.

The anime has a balanced amount of action and Romance. The plot of the story is very great, and character development is also done pretty well. 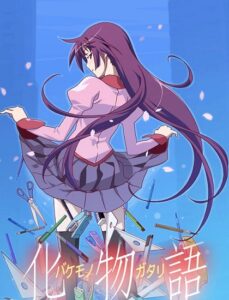 Bakemonogatari is one of the most popular ones on the list. The series deals with the story of Koyomi Araragi, who is a third-year high school who gets his humanity back after becoming a vampire during his spring holidays.

The story is generally episodic, as our hero, after becoming human, now lives like a partial human with vampire features. Using his vampire abilities, he fights against supernatural threats known as oddities.

At the beginning of the series itself, Araragi meets Hitagi, the main heroine of the series, when she falls from the top of the stairs after accidentally placing her leg on a banana peel.

Later she ends up in the arms of Araragi. The cutest thing about her is that she is very possessive of Araragi and used to threaten others out of jealousy or when she felt unsafe. This is one of the stories I love most, as it has amazing chemistry between lead pairs.

So, this is it, folks!! We will soon be back with another article on anime-related content. Till then, stay tuned and stay updated. See you again.