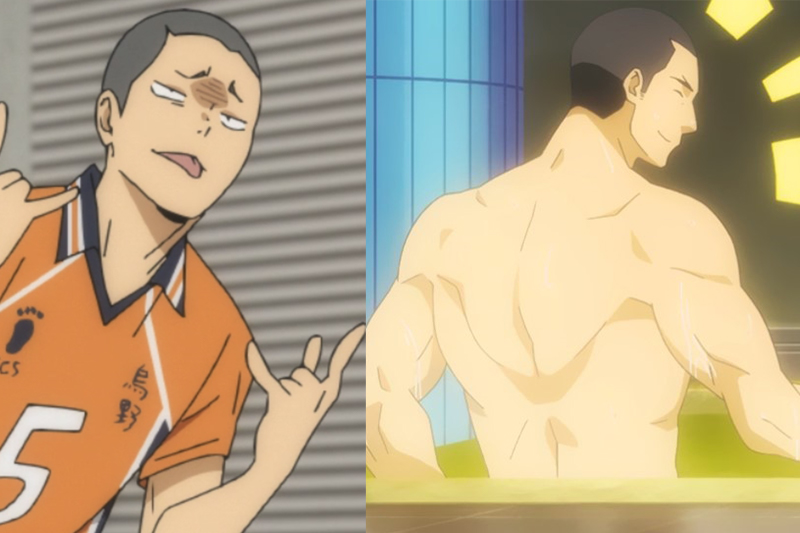 Hairstyles are usually what make a character different from the rest. You can identify based on a hairstyle, whether the main character, a side character or someone about to die in the first episode. It helps the character stand out. 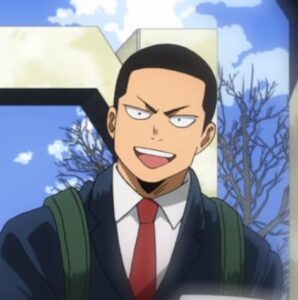 Inasa is a man with animal strength. He is an extremely extroverted man who loves talking to strangers and making friends. Inasa is usually wearing his uniform, which consists of a hat which makes it rare to see his dark brown buzzed haircut, but he is one of the best Buzz Cut Anime Characters.

He can manipulate wind, called a Whirlwind. Insa looks tough and a guy who can move mountains, but he is a big softy and is filled with passion. 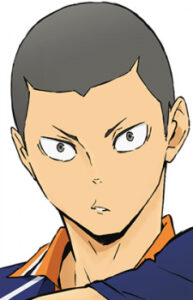 Tanaka Ryunosuke is part of Karasuno Vollyeball team. He has a short temper and usually ends up picking fights. If it wasn’t for Daichi, Tanaka would have turned the court into a battlefield. Tanaka, with his best friend Nishinoya, is always trying to be the cool senpai for the juniors.

Tanaka has a little pervy side to him, but he got a soft spot only for one girl, Kiyoko. He is driven by his passion for volleyball and a good vision when it comes to scoring, even in the narrow blank spots. Tanaka has a good bond with his elder sister. 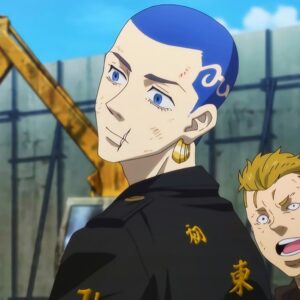 Hakkai is a guy of honor and principles. He is the vice-captain of the Tokyo Manji gang. Hakkai is strong when it comes to beating up amateurs. His elder brother was the leader of one of the most robust gangs, the Black Dragon Gang.

Hakkai, surrounded by violence from a young age, turned out to be a friendly and caring guy. His friend Mitsuya helped him to become more collected. 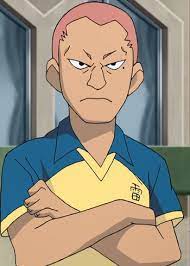 He is the usual coconut personality guy. Tough on the outside, soft and nice on the inside. Ryuugo is the most straightforward man and won’t go easy on his team. Being a disciplined man, he does not like amends made in the team or even the positions. Ryuugo loves things as they are.

Ryuugo’s love language is bringing food. Despite being a great supporting character, Ryuugo Someoka is underrated. His skills and ability to act as a good coach make him one of the best buzz cut anime characters. 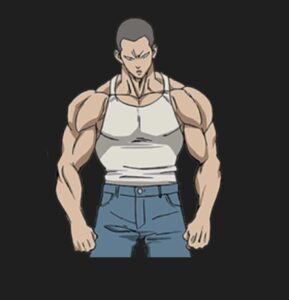 Talk about taking steroids gone wrong. Beefcake’s human form Marugori is brawny. He looks similar to a Titan from AOT without skin. His desire to become strong made him work and choose the path of taking Biceps Brachii King.

He is on his way to being upgraded to a dragon-level threat if it wasn’t for Saitama. Beefcake has killed thousands of people, but he regrets killing his brother accidentally. Despite having zero fighting experience, he was able to fight solely based on the drug. Beefcakes falls on the delinquent side of Buzz Cut Anime Characters. 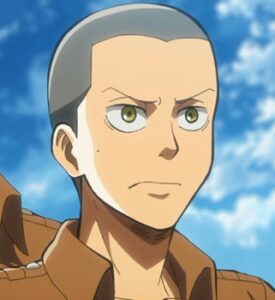 Connie usually comes across as a goofy guy who loves to show off even minor achievements, but when it comes to fighting the Titans and protecting people, he transforms into a different person. He always puts his family and friends before anything else.

After going through heavy trauma with what happened to his family and backstabbing friends, he becomes a man who trusts few and fights for few. Even though Connie got his salute wrong in his initial days, he is now ranked 8 in the top 10.

What makes Connie one of the best buzzcut anime characters? He cuts his own hair. 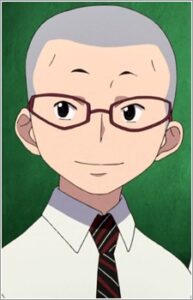 Konekomaru is the mom of the group. He is always looking out for others and protecting them. He is sweet and kind towards the people he loves. His wholesome personality doesn’t stop him from being snappy at times.

He has two friends, Ryuji and Renzo. They have been together since they were kids. Although Konekomaru’s childhood took a tragic turn, he still managed to come out of it. He holds a grudge against Satan, but it fades eventually.

Apart from the buzzcut, his red glasses and big ears make his appearance more noticeable. He is the brains of the group as well because he can come up with solutions in the nick of time. I wonder whether the secret of his intelligence is all the hot milk he drinks. His obsession with cats is the best thing about him, and he can’t resist leaving a cat without petting it. 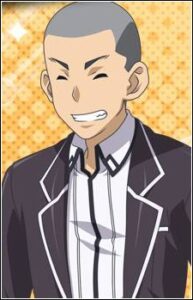 High School DxD makes an appearance again. This time it is Matsuda, the self-proclaimed pervert.

Matsuda, or “Perverted Baldy,” is a member of the “Perverted Trio.” This trio consists of the three most perverted boys in the academy. He does have a caring side, but that won’t stop him from peeking into changing rooms and spitting one-liners.

His open perverted side, where he is not ashamed of acting like one, is creepy at times. One girl did see him as more than just a pervert and started to have feelings for him. Matsuda’s jealousy toward Issei makes him spread random rumors. He is the go-to for all the exclusive or rare ecchi videos and magazines. 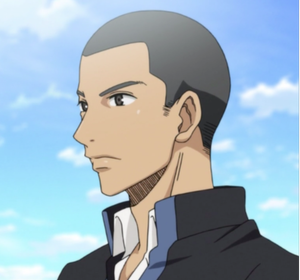 Koichi is a man of Purely and Honestly. Even though he is new to the team, he still cheers for them with full determination. He is often seen cheering from the bench. Koichi has a goal to become more strong and eventually date a clumsy girl.

After basketball, his love is Oden. During the plays, he wears the Number 15 Seirin High jersey. From time to time, you will notice him getting fed up from sitting on the bench and not getting a chance to improve and get stronger. 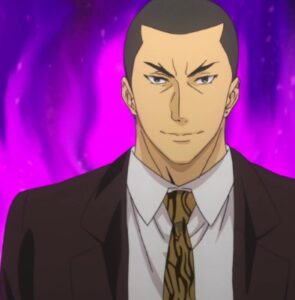 Dojima Gin is the man who made Totsuki Resort one of the best hotels in the world. He is a straightforward man who points out mistakes and helps his employees grow. Dojima always stands for what is right and supports students with great potential.

He wears a silver earring in his left ear, which is worth noticing as his name Gin means silver. Gin possesses great culinary skills, due to which, after graduation, he had invitations from many successful establishments.

He always wears his suit as he is a businessman, but it is also revealed that Dojima is a buff man. On the prestigious Elite 10 council, Dojima was 1st seat. He is great friends with his former classmate Joichiro. Despite being top of his game, he is still attached to his roots in Japanese culture.

Kentarou, also known as the Mad-Dog, plays for the Aoba Johsai. He hits the ball with extreme strength, which sometimes backfires as it drops outside. Kentarou has a harsh attitude towards everyone except Iwaizumi. He challenges Iwaizumi multiple times and ends up losing, which makes him listen to Iwaizumi.

It is tough to spot Kentarou smiling. He is always frowning or has tensed look on his face. He was interested in playing volleyball after his father took him to watch a game. Kentarou is the shortest one on the team.

Kentarou lacks teamwork, and he ends up making decisions on his own on the court, which ends up with him getting a bump on the head by Iwaizumi. He often gets annoyed when not given a set by Oikawa. Kentarou is working on his teamwork when he notices how it affects the game. 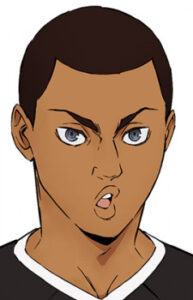 Another Haikyuu Buzz cut anime character because one can’t get enough of it. Aran or Alan plays for Inarizaki High School. He usually has to bare with his teammates and their immature talks. He manages with it by throwing one-liners at them.

Aran is a more disciplined guy, but when he is on the court in the heat of the moment, he tends to put logic aside and let strength overcome him, which results in fouls sometimes. He is skilled, which made him get into the Olympics.

This is the end of the Best 10+ Buzz Cut Anime Characters list. We hope it has one of your favorite buzzcut anime characters. Usually, Buzz cut is associated with the character being a delinquent, but along with it, we have mentioned some characters with wholesome personalities. Buzz cut characters can be members like Hakkai or wholesome boys like Konekomaru.