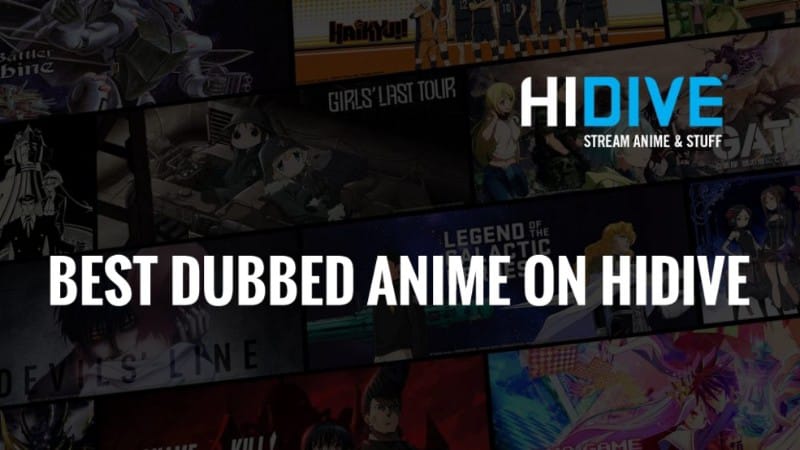 The anime market is ever-growing, with big shots constantly coming in with their plethora of shows. To stay in the game and to gain dominance, various websites constantly try to level up their game and bring the best shows to the viewers.

Dubbing a show increases the view numbers as it reaches more and more people around the globe. For the past few months, Hidive has risen to the surface of popularity with its wide range of shows, both original and dubbed. Therefore, in this article, we bring to you the Top 13 dubbed anime on Hidive.

Note- Here, we are listing the anime based on IMDb ratings. 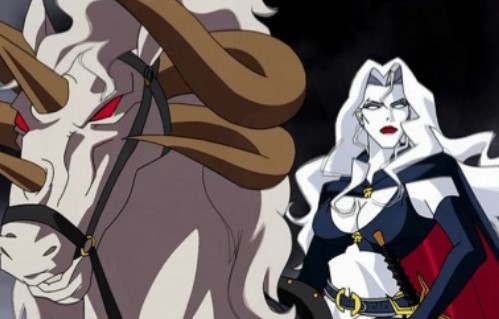 Lady Death is one of the best-dubbed anime on HIDIVE. The primary plot is set in 13th Century Europe, where lived Matthias is a mercenary with outstanding skills.

Little did people know that he was Lucifer, the devil himself in disguise. The protagonist of this story is Hope, the innocent and beautiful daughter of Matthias, who gets accused of being connected to the Devil.

When the priests decide to burn her down at stake, Matthias offers her help. Though agreeing at first, Hope back down later from the offer and finds that she has transformed into an extremely powerful warrior. Will she be able to defeat Lucifer and take over Hell?

12) Peter Grill and the Philosopher’s Time- 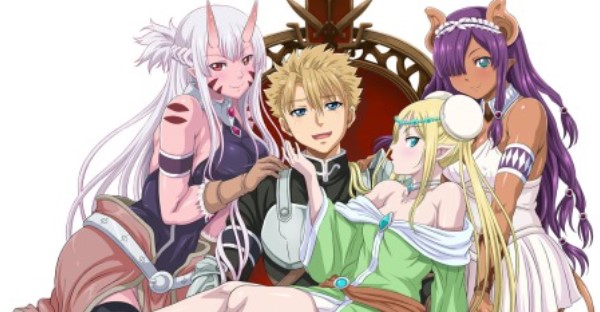 Peter Grill, who is our protagonist in this anime, has successfully managed to become the strongest warrior in the world. With such a colossal feat, he hopes to ask his long-time love, his beloved senior Luvelia Sanctos, for a healthy relationship.

Things till now seem normal until the news of his status spreads in the world. Womenfolk from other races start approaching him in hordes to have a child with him that possesses his might. Despite such advances from all fronts, can Peter keep his sanity and love for Luvelia intact? 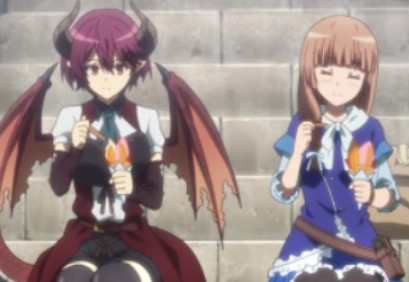 Mysteria Friends is one of the best-dubbed anime on HIDIVE. In a magic school that teaches magic to the three factions, Humans, Demons, and Gods, study two students, Anne and Grea.

While Anne is the Princess of Mysteria, the place where the school is located, Grea is half-dragon and half-human. Despite belonging to all-time warring races, Grea and Anne have become the best of friends.

The plot revolves around their daily lives and how the two friends help each other to become a better version of themselves. 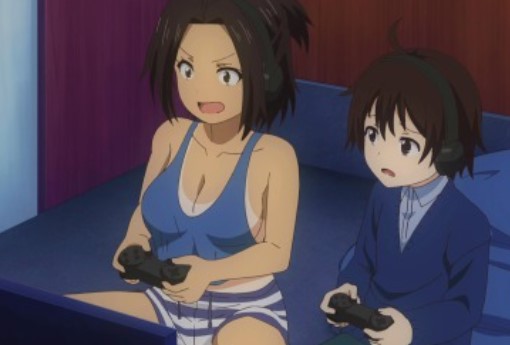 Our protagonist here, Ichirou Satou, is a regular school-going student. His average life is no longer average when a particular incident changes it completely. His life gets intertwined with that of Kana Kojima, the Japanese language teacher in Satou’s school.

Known throughout the school for her ruthless nature, it was her whom Ichiro ran into while she was using the washroom. Things do not end here, as the encounter sparks up the fire of wild thoughts in Ichiro’s mind. 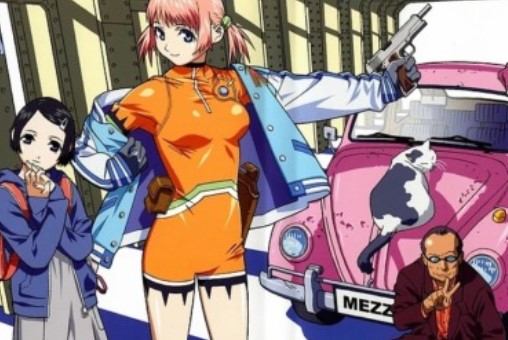 Mezzo DSA is also one of the best-dubbed anime on HIDIVE. The Danger Service Agency, DSA, is an organization that serves to rid the city of various threats.

Three members of this agency, Mikura, Kurokawa, and Harada, serve to be the protagonists of this anime. They are ready to take on any sort of task, as long as it is danger-filled and involves loads of money.

A weird combination of protectors, you might thank the Lord for not running into them someday. 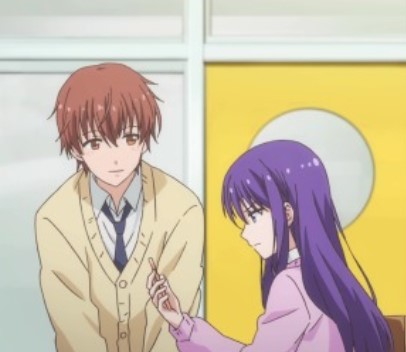 To achieve this, she decides to study hard with the utmost focus. All her efforts go in vain when the popular boy Kimijima confesses to her his feelings. 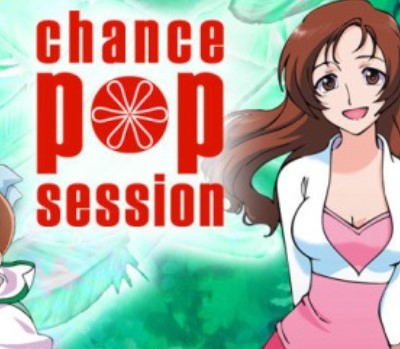 Now, we have an anime that bridges the lives of three girls from completely different walks of life. Akari, Yuri, and Nozomi are the three protagonists who share a shared admiration for the pop singer Reika.

With their hearts full of inspiration after attending a concert, the three girls enroll themselves in the Akiba Music School with the dream of becoming famous pop singers. Despite their different family backgrounds, can the three girls set aside old traditions and become popular pop singers? 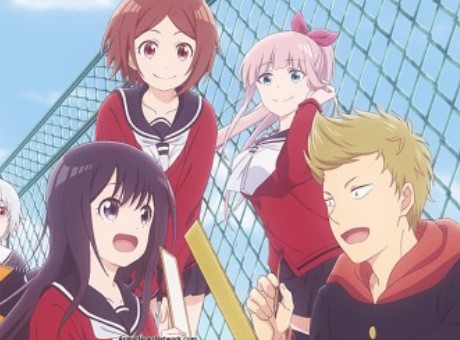 Senryuu Girl is also one of the best-dubbed anime on HIDIVE. Have you ever seen someone who communicates not by simple words but by poems? No, right? Well, this is what we are going to see in our next anime, Senryuu Girl.

Nanako Yukishiro is a beautiful girl studying at Karai High School. She is a standout among all students as she is mute but communicates by Senryuu, which are 17-syllable-long poems.

Amidst this situation comes Eiji Busujima, another student from the same school who has found his new love in Senryuu. When everyone struggles to communicate with Nanako, Eiji has no issues understanding her, and together they make quite a cute couple.

5) O Maidens in Your Savage Season- 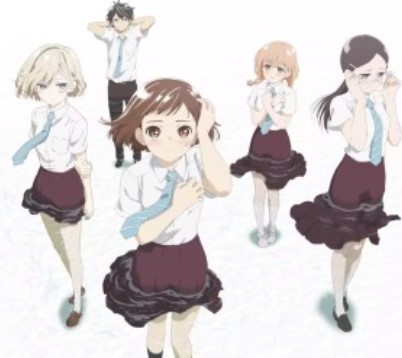 When they’re growing up together and sharing the same childhood becomes a hindrance for Izumi to express her feelings for Kazusa, she decides to distance herself. She joins the Literature club, where she meets her friends, who keep her mind distracted from Kazusa.

The club has a bad reputation in her school, which gets further fired up with an incident. Now, with Kazusa and weird thoughts occupying her mind, can Izumi and her friends save the club from getting disbanded? 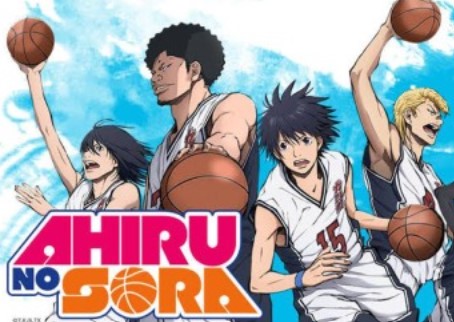 Next up, we have an anime that clearly shows that no disability can be a hindrance if you have the willpower to achieve your goal. Ahiru no Sora revolves around the life of Sora, who lacks an element thought to be the most essential in Basketball.

However, he enrolls himself in Kuzuryuu High to fulfill his mother’s wish. With his impressive skills and swift movements, he re-ignites the almost dead passion of the school’s basketball team. Let’s become a part of Sora’s remarkable journey right there on HIDIVE. 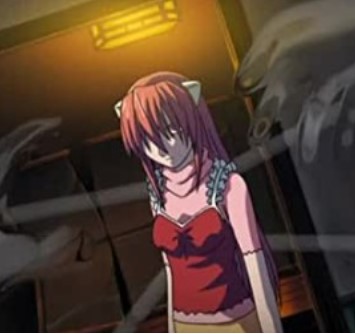 An unfortunate prey to the inhumane human experimentation by the government, Lucy has become a Diclonius, a set of modified human beings. Her torturous past in the laboratory makes her go on a killing spree.

However, a head injury makes her develop a split personality, but this time of a harmless, innocent child. Amidst this, she comes across Kouta and Yuka, two college-going students who take her in.

Both Lucy and the brother’s life changes as they find themselves dragged into the shadowy world of governmental conspiracies. 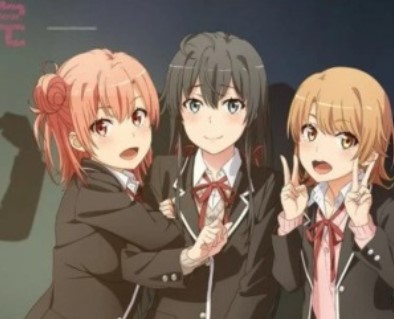 My Teen Romantic Comedy SNAFU is also one of the best HIDIVE dubbed anime, whose protagonist, Hachiman Hikigaya, holds quite different views about society.

With his apathetic nature and narcissistic mindset, Hachiman is known throughout for his dark take on society. One fateful day as a punishment for an essay, he is made to join the Volunteer Service Club, which aims to solve other’s problems.

With the only other member, the beautiful Yukino Yukinoshita, Hachiman now must join hands with her to bring out others off their problems. 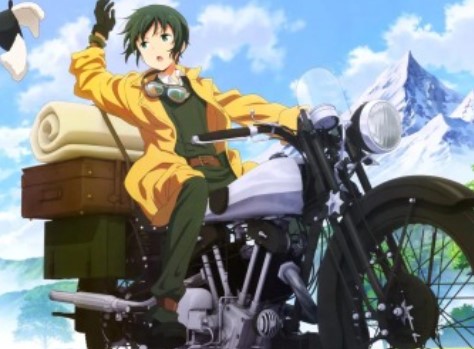 Next up on this list of Top 13 dubbed anime on Hidive, we have undoubtedly one of the best travel anime, Kino’s Journey. The story primarily revolves around Kino, and his motorcycle, Hermes, which can surprisingly talk.

Their travel stories as they venture through different lands, meet other people of all walks of life, and their various cultures and morale are what most breathtaking part of the entire anime. So, come, and let’s be one with Kino’s Journey right there on HIDIVE.

Here we end our article on the Top 13 dubbed anime on HIDIVE. Since HIDIVE is inaccessible from many countries, we advise you all to use a VPN. And set the location to the USA.

We hope it gives you a seamless watch experience. We will be bringing such articles in the future. So stay tuned. Until then, goodbye and happy watching.