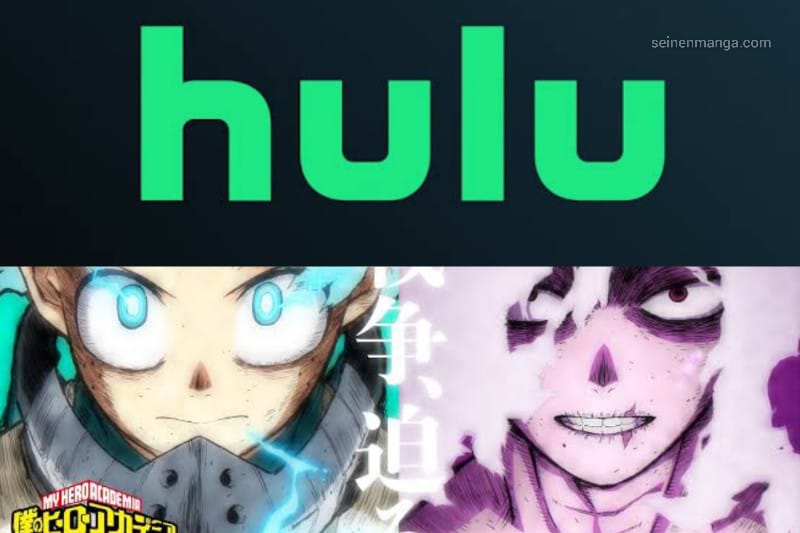 Hulu is one of the best streaming platforms for U.S. fans to watch favorite anime series or movies. It comprises both paid subscriptions and ad-supported registration so that fans can choose as per convenience. Recently, many fans have a query, “Does Hulu have My Hero Academia?“

The answer to this question is: Yes, you can watch all episodes of My Hero Academia on Hulu under the premium section. However, the catch is English dub part is only available till Season 5 Yes, you read it right. My Hero Academia Season 6 is available under English sub format on Hulu.

Later in this post, I’ll guide you to this question and how to watch My Hero Academia anywhere in the world. So, without any further discussion, let’s begin.

Does Hulu have My Hero Academia?

If you are already a member of Hulu services, then you don’t need to jump on any other one, especially for the My Hero Academia series. However, the catch is that the dubbed part is only available till Season 5.

Does Hulu have My Hero Academia dubbed?

It doesn’t matter for the subbed lovers, but those who are craving for English dub can proceed to Funimation. There are many ways you can access anime on Funimation with ads.

So, within your Funimation trial period, you can watch My Hero Academia Season 5 in English. Below, I’ve inserted the link to guide.

How many seasons of My Hero Academia are on Hulu?

How to watch My Hero Academia on Hulu?

Hulu has a geo-block and is only available in the U.S. and Japan. Hence, fans from these two countries can access Hulu by registering. For the other countries, fans have to depend on good VPNs.

Note- Don’t frequently change your locations via VPN because sometimes the streaming services comprehend and prohibit your device’s IP address.

For the U.S. and Japan region,

Search for “My Hero Academia” in Hulu.

Click on Episodes and then go to the dropdown below. You can see all the 5 seasons available.

Choose the episode you want to watch and enjoy.

For the other countries,

Now follow Step 1 For the U.S. and Japan region mentioned above. You can read the article mentioned below on how to use VPN.

Must Read: How to Use VPN to watch Anime?

My Hero Academia is already available in the order on Hulu. All you need to do is binge-watch it season by season. In this section, I’ve added MHA movies too in order. So that you don’t need to jump over other sites to know the watch order of BNHA.

Note- You can leave MHA OVAs, ONAs, and Specials.

My Hero Academia, one of the most liked series, has become more in demand after releasing its 5th Season. The latest season unveiled the great team battles between Class 1A and Class 1B, where Shinso played the major role.

There are a total of 25 episodes available in Season 5, and its ending revealed the formation of the Paranormal Liberation Front by joining the forces between the League of Villains and the Meta Liberation Army.

Also, My Hero Academia surfaced the Season 6 trailer exhibiting the great battle between the Paranormal Liberation and the Heroes.

It means the next season will be an incredible one with a lot of fight scenes, power development, and losses. Now, every fan has to cover My Hero Academia till Season 5 to prepare for this year.

My Hero Academia is a story of a quirkless boy, Izuku Midoriya, who wants to become the number 1 hero like All Might. In a world where more than 70% of the population have extraordinary abilities known as a quirk, a quirkless boy like Izuku has no chance to become the strongest hero.

However, one day his life flips upside down when All Might offers his own quirk to him after witnessing him saving his friend by sacrificing himself.

But after taking All Might’s quirk, Izuku realizes that great power comes with great responsibility, and now he has to take care of the burden of defeating the most powerful villain, All For One.

Here, we conclude our article on “Does Hulu have My Hero Academia,” along with a guide and watch order. Hope, you enjoy reading it and will share this post with your friends. We will be back with another article. Till then, stay healthy and read the articles below.