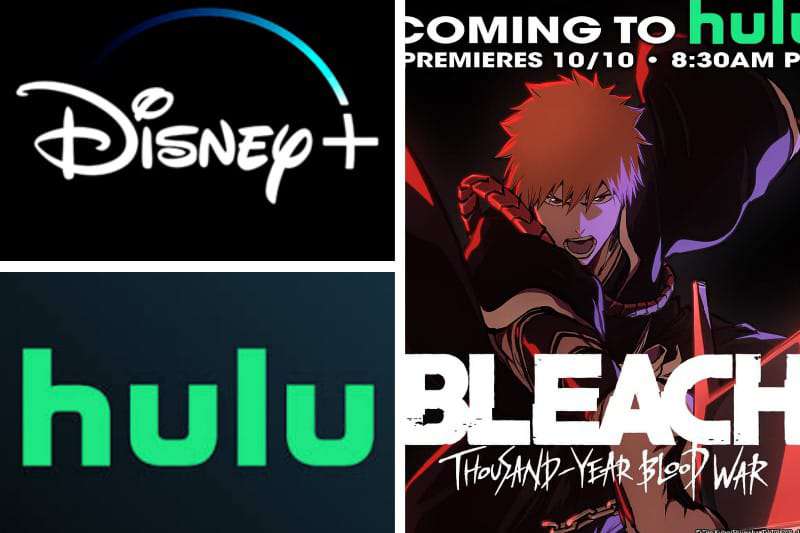 After ten years long wait, the Bleach anime has finally returned. It is one of the greatest moments in the history of the anime community. After its initial run ended abruptly, many people in the anime community thought that the anime had ended for good. But now the anime has made its return grandly to complete its unfinished story. Bleach was a part of the Big 3, whose sales peaked along with One Piece and Naruto.

Bleach’s return has become a hot topic of discussion in the anime community. This led to many fans raising questions, i.e., “Where to watch Bleach: Thousand-Year Blood War Legally?”

The proper answer to the question is: You can legally watch Bleach on Disney Plus and Hulu. These two platforms have bought the international streaming rights to the final season of Bleach: Thousand-Year Blood War. Even recently, Crunchyroll has removed all previous seasons of Bleach from its library worldwide, which makes many fans worried.

Now, how to watch all episodes of Bleach?

Don’t worry. In this article, we have discussed everything related to all seasons of Bleach, including the release of the Thousand-Year Blood War and how you can watch it legally from any part of the world.

Disney Plus and Hulu have purchased the rights to broadcast the classic anime, Bleach. Now, the final season, Thousand-Year Blood War, will be simulcast on Hulu the same day it releases in Japan.

Fans in the US and Japan can watch this new season on Hulu. However, for the rest of the world, Bleach: Final Season will be available on Disney Plus. It will be aired on TV Tokyo from October 10, 2022, at 8:30 AM PT. 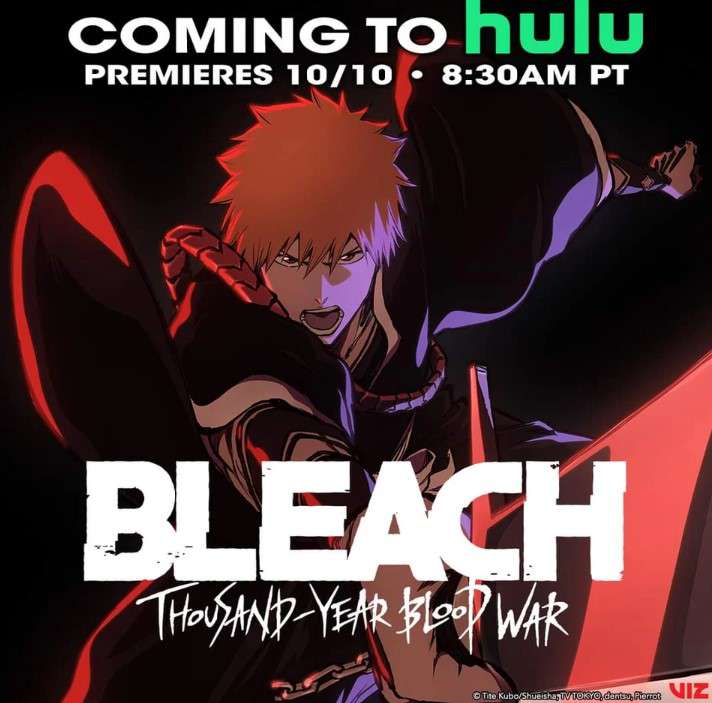 Disney Plus and Hulu have snatched up the rights for streaming all seasons of Bleach from Crunchyroll. It means now Bleach is not available on Crunchyroll.

Bleach: Thousand-Year Blood War is going to be adapted by studio Pierrot. The studio is behind some successful projects like Yu Yu Hakusho, Naruto, and Black Clover.

It was also successfully adapted to The Fullbringer Arc of the Bleach series. Now they are back to adapting the series’ final arc, which will be seasonal. It will have a total of 4 cours in general. Each cour will be nearly 12-13 episodes each.

Bleach has a spiritual successor and spin-off in the form of the Burn the Witch series and had a sequel arc set directly after the last chapter, also known Jaws of Hell arc.

Also, the answer to a few questions that Kubo sensei could not show in a final arc due to his health issues. The question was answered in the form of light novels Cant Fear your Own World and We do knot always love you. Bleach is also getting pretty popular in the form of the game Bleach: Brave Souls.

Bleach initially aired on TV Tokyo from 2004-2012 and was adapted by Studio Pierrot, consisting of 366 episodes. Its Bluray was released by Viz Media. And now, all 366 episodes are available on Hulu in both English dub and sub.

Sadly, Crunchyroll has removed the Bleach anime from its library, appreciating Disney Plus for buying the streaming rights. 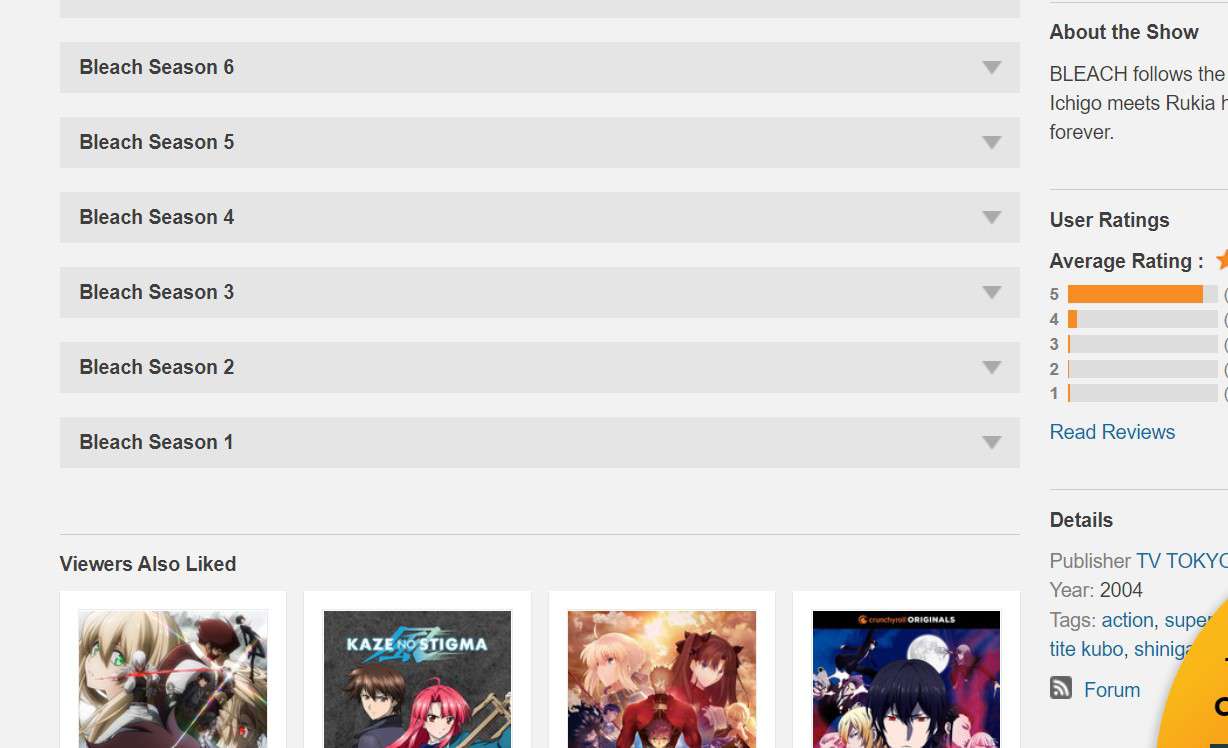 It has been recently confirmed that Bleach: Thousand-Year Blood War will not be broadcast on this platform. Fans would be unhappy as their beloved anime won’t air on this popular platform.

Funimation currently has only the first five seasons of the original series. But sadly, its license has expired, and they hadn’t renewed it. So, there is a 50-50 chance for us getting Bleach on Funimation.

Funimation is an excellent platform as they did an excellent job in adapting Dragon Ball Z and One Piece for a western audience, so it would be an excellent time for them to adapt Bleach too. The hype around Bleach is no Joke.

Bleach: Thousand-Year Blood War will be available on Hulu for the US and Japan on October 10 at 8:30 AM PT.

Hulu is a US-based streaming platform; it has all 366 episodes of the Bleach original series, both in sub & dub. Recently Hulu has got the international streaming rights of Bleach, and they are going to simulcast on the original day of release.

No, Bleach: Thousand-Year Blood War will not air on Netflix.

Netflix is one of the fastest growing OTT platforms; it has recently added many popular animes.

So, Bleach being a popular anime is one of the strongest contenders to stream on Netflix. Also is previous season is already available exclusive to Japan.

Amazon Prime is also becoming one of the top streaming services with each passing day.

They have also recently many new popular animes to their library. It may be no wonder if they get the rights to simulcast Bleach coinciding with the original release date.

Is Bleach: Thousand-Year Blood War on Disney Plus?

Yes, Disney Plus purchased the rights to broadcast Bleach: Thousand-Year Blood War. Fans worldwide can watch the final season of Bleach on Disney Plus. It is a piece of great news for Disney fans. N

ot only this, but Disney Plus has also recently added popular animes such as Overlord, Dr. Stone, Tomodachi game, Platinum end, etc., to their library. Like Crunchyroll and Funimation, it has begun to grow its library, and the best part is it is accessible in many geographical regions.

Truth be told, even though Bleach has been part of the Big 3 after its anime was put on hiatus for 10 years, the other Big 3 series, such as One Piece and Naruto, went way ahead of Bleach in terms of popularity.

Right now, Disney Plus getting right is a big win for Bleach as it will have a global reach since it is currently one of the most fast-growing popular streaming services in the world.

When will Bleach: Thousand-Year Blood War anime be English dubbed?

Bleach: Thousand-Year Blood War will get the English dub release as it is widespread globally. Now it is under Hulu, so there is a possibility that fans will get an English dub of Bleach’s final season after three to four months of the official release. Meaning in early 2023, we may get the English version of all episodes of Bleach.

Even after its anime ended, its craze hasn’t subsided yet. The animation is also elegant and top-notch, judging from the trailer. It also got pre-screening of the first two episodes, receiving rave reviews from fans.

As they mentioned that it has movie-like quality animation, has expanded battles that were not in the manga, and has incredible ost.

First of all, Bleach: Thousand-Year Blood War will release on Hulu and Disney Plus. Hulu is the best platform to watch Bleach, but the catch is it is only available in the US and Japan.

On the other hand, Disney Plus is accessible in most countries, but its catch is the no-free trial. Yes, Disney Plus had suspended its free-trial offer long ago. Now, what to do?

If you are from the US or Japan, you can simply advance for Hulu, where you can either purchase its basic subscription or opt for a 30-day free trial by registering your credit card details.

And for other regions, the best option is to purchase a Disney Plus subscription, or you can buy a good VPN to register on Hulu. Below we have mentioned the steps.

For the US (if you don’t have a Hulu account):

Now, here is the method for distribution. If you really desire to watch all episodes of Bleach without any cost, then we recommend you to let the final arc be released first. After that, opt for a free trial.

Currently, Bleach has 26 seasons with 366 episodes (excluding OVAs and movies), and each episode is approximately 20 minutes long (excluding themes). Therefore, the total duration is 366*20= 7320 minutes, around 122 hours. If you watch Bleach only for 5 hours, you will catch the latest episodes in 25 days. Also, you can take 1-2 days extra for the five Bleach movies (including the live-action one).

Bleach follows the story of a teenager who is thrust into the world of soul reapers. The manga officially ended in 2016, when Yhwach was the final antagonist of the series.

The thousand-year Blood War follows the battle between Soul Reapers and Quincies. The final arc will be epic, where Bankai’s of most Captains will be revealed.

There will be the return of a few familiar faces and the introduction of Squad 0. Also, the final part will deal with Ichigo’s origins as he finally learns about their parents’ history.

Bleach manga has a total of 686 chapters, whereas anime adapted to 480. There is more than 200+ chapter left to be adapted; if it gets more popular, the light novel might also get adapted. This would be the most fabulous treat for fans as they are about to get their greatest anime to be acclimated in the best way possible.

Here, we conclude our article on “How to watch Bleach: Thousand-Year Blood War Legally? (2022)” Next, we have a little FAQ section to answer some of the most asked questions.

Q1. Where can I watch Bleach: Thousand-Year Blood War Anime?

Ans. You can watch Bleach: Thousand-Year Blood War anime only on Disney Plus and Hulu.

Ans. No, the manga has ended.

Q3. When will Bleach: Thousand-Year Blood War anime be going to air?

Q4. Is Bleach: Thousand-Year Blood War will be long-running or seasonal?

Q5. How many cours will it be?

Ans. It will have four cours.

With this, we conclude with our article on “How to watch Bleach: Thousand-Year Blood War Legally? (2022)”. We hope we’ve been of some help and hope to see you say safe, tuned, and hyped for further updates.