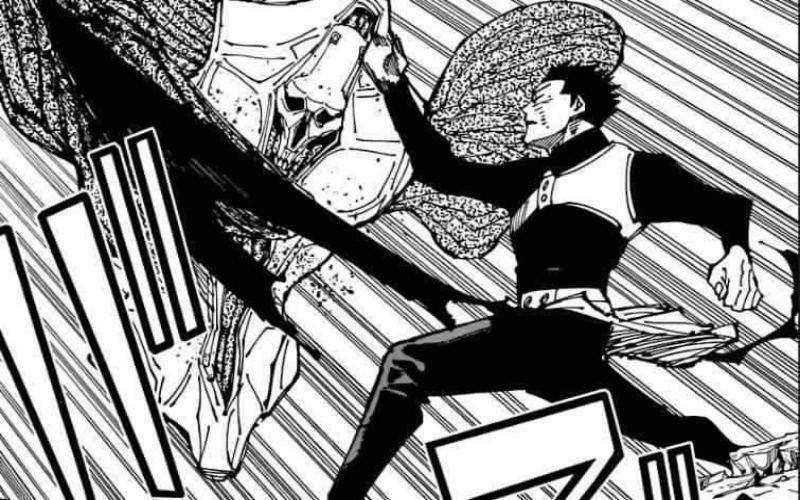 If you are a dedicated fan of Jujutsu Kaisen, you must wonder what exactly the deal is with Naoya Zenin. Why is he the current arc’s primary antagonist? It seems that Gege has more plans for this character. More so, since he serves as a significant example of a Jujutsu Sorcerer turned cursed spirit. Therefore, we will be discussing everything about Naoya Zenin in Jujutsu Kaisen.

Naoya Zenin is not really a side character. He belongs to one of the Big 3 clans, Zenin. Unlike other characters from the prominent clans such as Maki, Mai, Gojo, and even Megumi, Naoya serves as a major contrast to them. His character portrays the embodiment of being raised in a clan that only values superiority in terms of inheritance and Jujutsu Sorcery.

As Naobito’s youngest son, Naoya was fed with pride and, therefore, grew up to be extremely proud, ignorant, and unethical to a toxic level. This is also the reason why he never thinks twice before disposing of anyone for his personal goals.

This accelerated to a level that he plotted to get rid of Megumi, Maki, Mai, and everyone that would stand in his way of becoming the next heir. That’s why, even after Maki’s transformation, he belittles her for having scares and being a non-sorcerer.

But his delusional pride and toxicity became his downfall, and he couldn’t match Maki in power. She defeated him, and her mother ended up stabbing him in the back with a knife.

How Naoya Zenin transforms into a Cursed Spirit? 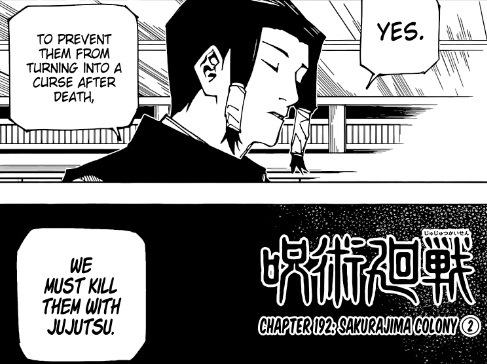 Naoya’s final moment was the key point to note. Since Maki and her mother are both non-sorcerers, Naoyo was eliminated without using Jujutsu. Therefore, he manifested into a curse and ended up becoming a powerful cursed spirit heck bent on getting revenge on Maki.

Initially, as a cursed spirit, he had a huge caterpillar-like form with expandable tentacles. However, during his fight with Maki and Noritoshi, he curled up into a cursed womb. Unfortunately, he completed his transformation since Noritoshi’s Blood Piercing failed to do any damage in time.

After his complete transformation, he ceased looking anywhere close to a human being. He now has a skull for a face and a tough exoskeleton with inlets. He developed even more tentacles throughout his body.

How Powerful is Naoya Zenin in Cursed Spirit form?

Naoya was already a special grade 1 sorcerer and a powerful one at that, as a human. What’s surprising is that he retained his innate cursed technique, Projection Sorcery, even after becoming a cursed spirit. His speed, range of attack, accuracy, and physical strength multiplied several times in his cursed spirit form.

Naoya vs Maki and Noritoshi 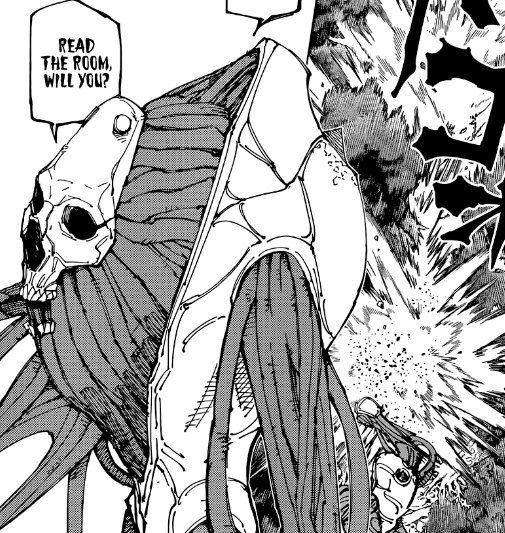 The current itself began with Naoya as the mysterious cursed spirit wanting to enter the Sakurajima Colony. It was a major plot twist to find out that it is none other than Naoya Zenin who has turned into a cursed spirit.

As the arc began, Naoya was fixated on taking his revenge on Maki. The second he encountered her, he smashed her into the wall and began mocking her. He tried manipulating her to think that she couldn’t even finish him; it was her mother who did.

As the fight picked its pace, Maki landed several attacks on him and didn’t take any life-threatening damage. Noritoshi, however, took a powerful blow from Naoya right after his transformation and full manifestation as a cursed spirit.

Following this, Maki again takes charge of the fight while Noritoshi focuses on injuring Naoya with his arrows. However, Naoya could easily dodge them and even mocked them for being too slow. Soon after, they shifted the fight to an open area where Noritoshi temporarily immobilized him with Crimson Binding.

Naoya cleverly uses his Projection Sorcery to freeze air and strike it to cause an explosion. As a result, he easily escaped Noritoshi’s Crimson Binding. He then traveled a large distance so that he could gain momentum while charging toward them. Sadly, Maki asked Noritoshi to stay back as he won’t survive the impact. Ultimately, she ended up taking the direct hit and ended up being smashed to the ground again, only this time it was way too strong.

Although, as per the latest chapter 194, Noritoshi has taken charge of the fight as Maki needs some time to recover from the blow. It is a surprise that she survived even this.

The latest chapter confirms that Noritoshi has more mastery over his Blood Manipulation. As Naoya realizes that Noritoshi has been circulating the blood, he’s using it externally within his body as well to prevent blood loss. He even takes a direct blow from Naoya so that he can fill up his inlet with his blood, as it is toxic to him because he is a cursed spirit. However, this still doesn’t cause much damage to him.

Now, the chapter hints that Noritoshi might not make it out alive of this battle. Although, Maki asked him to only hold Naoya off for 5 minutes since that is how long she needs to heal her injuries. Yes, we will see how she actually heals her injury in the upcoming chapter of the manga.

But there’s still hope that Gege won’t end off Noritoshi yet since the latest chapter ended on a cliffhanger that two more characters joined the fight. They will be the significant and much-needed reliever for Maki and Noritoshi!

On that note, we have covered the latest updates on Naoya Zenin in Jujutsu Kaisen. We will be back with articles analyzing the plot once new information surfaces. Until then, browse through and feel free to check out some more interesting articles from us.