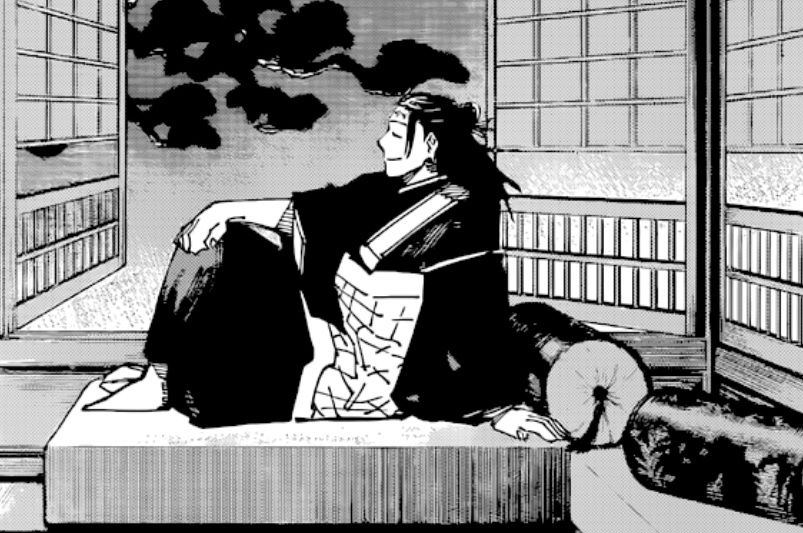 Jujutsu Kaisen has progressed quite far in terms of plot. We have read through 14 arcs stretched over 197 chapters as of now. The current arc, the Sakurajima Colony arc, has shifted the focus to Zenin and Kamo Clan. And, of course, we have a massive cliffhanger where Kenjaku finally managed to become the head of the Kamo Clan in Jujutsu Kaisen. Therefore, we have prepared an article discussing everything you need to know about the Kamo Clan and their connection to Kenjaku.

What happened to Kamo Clan in Jujutsu Kaisen?

The Kamo Clan in Jujutsu Kaisen is one of the three great clans apart from the Zenin and Gojo Clan. While all the three clans have their unique and powerful cursed techniques, Kamo Clan has Blood Manipulation.

This hereditary cursed technique allows the user to manipulate blood, be it their own or someone else’s. However, the true extent and potential of this technique are yet to be explored in the manga. 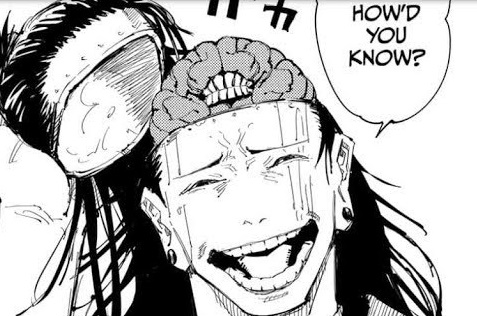 Blood Manipulation is honored for its stability and is highly compatible with people who value blood. The three great clans value and prioritize the inheritance of their cursed technique, regardless of any other factor.

Therefore, the next heir of the clan must inherit Blood Manipulation. But the heads of the clan failed to give birth to a child that inherited the cursed technique. As a result, Kamo Noritoshi was selected as the heir of the clan, despite being born to the mistress of the clan.

Kamo Clan was heavily corrupted when Kenjaku possessed the body of the then head of the clan, who was also named Kamo Noritoshi. Thanks to his innate cursed technique, he planted his brain into Noritoshi’s body some 150 years ago. As Noritoshi, he conducted countless gruesome and immoral experiments. One of which is the Cursed Womb: Death Paintings.

He mixed his own blood with the DNA of the original parents of the Death Paintings. This was because he wanted them to inherit Blood manipulation or perhaps his innate technique. However, this was just the surface of the deep well of his questionable experiments.

He created nine Death Paintings, out of which the first three are Choso, Kechizu, and Eso. Choso especially inherited the full extent of Blood Manipulation and, therefore, has more mastery over it.

Furthermore, the end result of Noritoshi’s experiments ruined the name and reputation of the Kamo Clan as he is titled “the evilest sorcerer” to have ever existed.

Fast forwarding it to the current timeline, the Kamo Clan is as corrupted as ever. Kenjaku has always had his connections and puppets in the Kamo Clan to help him orchestrate his true goals. Despite Noritoshi becoming the head of the clan, his glory didn’t last long.

Who is the new head of the Kamo clan?

The latest manga, chapter 197, revealed a scenario where Kenjaku is confronting Noritoshi. Kenjaku declared himself as the new head of the Kamo Clan. He mockingly asks Noritoshi to simply walk away since he wouldn’t matter to him even if he’s alive. 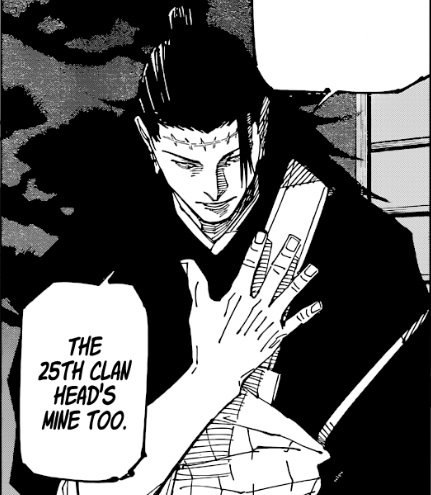 Additionally, Kamo Shino also turned out to be one of Kenjaku’s puppets as he grimly welcomes Noritoshi on his arrival at the Kamo residence. After this incident, Noritoshi walked away from being the head of the Kamo Clan since he was helpless.

Kenjaku simply has too many connections. So much so that he was able to manipulate the Jujutsu Headquarters in favor. And right when Noritoshi figured out the bigger picture, Kenjaku cut off his last hope to interfere with his plan. He also cut off his means of communication with Yoshinobu Gakuganji.

To explain it in detail, Noritoshi was able to analyze the 5 orders of the Conservative Faction made during Chapter 137 of the manga. Kenjaku let the orders be upheld to find out those that are not corrupted.

He took out everyone who voted for Suguru Geto’s execution and also those who voted for Okkotsu Yuta as Itadori Yuji’s executioner. Therefore, he was able to manipulate the Conservative Faction entirely and ensured that only his puppets remained.

Since the Kamo Clan is the heart of the Faction, Kenjaku managed to make himself the head of the Kamo Clan in Jujutsu Kaisen. Now no one can directly interfere with his plans in the Jujutsu Society.

Who is Kenjaku, and what is his true goal?

Kenjaku is a Jujutsu Sorcerer who has been living for over 1000+ years. With the help of his innate cursed technique, he was able to live through centuries possessing different vessels. All he has to do is transplant his brain to the vessel, dead or alive.

However, shifting vessels will leave visible stitches on the foreheads of the vessels since it is a Binding Vow. Possessing another vessel also allows him to use their cursed technique and energy.

This is also the reason why Six Eyes cannot detect him since he uses the cursed energy of his vessel. His few notable vessels are Noritoshi Kamo(ancestor), Itadori Yuji’s mother, and Suguru Geto. 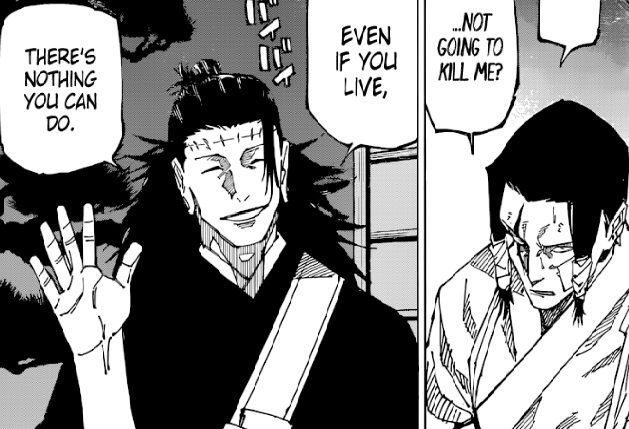 Kenjaku’s ultimate goal is to evolve humanity to utilize the full potential of the cursed energy. Human beings disgust him, and he sees them as mere monkeys. So far, there have been two solid attempts to achieve this goal. One, Cursed Womb: Death Paintings. Two, The Night Parade of a Hundred Demons, and now the Culling Game.

As for the Culling Game, he plans to merge humanity with Master Tengen since he has evolved beyond humanity. One reason could be to eliminate the common population since they’re pretty much helpless.

The game would also eliminate both weak and powerful sorcerers that might become an obstacle to his plan. Although, the reason for making everyone fight/participate and divide the colonies in the culling game is still not clear. Additionally, Kenjaku’s whereabouts during the entire culling game are also a mystery.

Another topic of discussion is the shocking fact that Kenjaku possessed Yuji’s mother and gave birth to Yuji. This makes him his creator/mother. However, his true reason for possessing his mother to give birth to him is unknown as of now. He could have possessed anybody to give birth to a child instead of Itadori’s mother.

This also indirectly suggests that Yuji is a developed Death Painting Womb. Kenjaku may likely have experimented on Yuji to make him a durable vessel for Sukuna. Therefore, Kenjaku had planned to revive Sukuna all along and even created the true vessel for him.

Moreover, countless theories explain the mystery behind Yuji’s natural physical strength, innate cursed technique, and bloodline. We will have to wait for Gege to untangle the mysteries and answer our questions.

On that note, we hope that we covered everything regarding the Kamo Clan in Jujutsu Kaisen and their connection to Kenjaku. We will be back with more informative and interesting articles covering various other anime and manga topics. Until then, feel free to browse through and check out some more articles below.