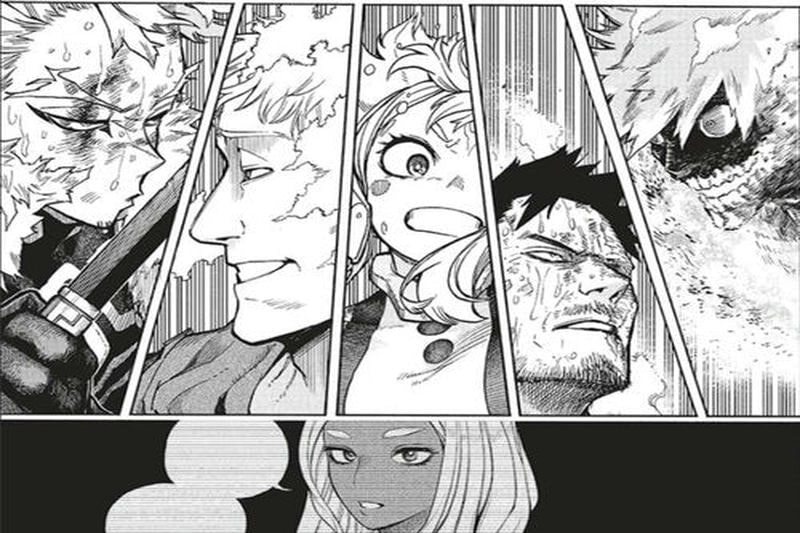 Holding off the flow of the climax, My Hero Academia Chapter 376 spoilers are not out this week. This is due to the manga’s sudden hiatus, Chapter 376 will take longer than usual. Neither Horikoshi nor WSJ announced the reason for this sudden break. However, the relieving part is that it is only for one week.

Considering the pace of the story, the actual climax of Midoriya vs. Shigaraki is far away. The focus is on Kurogiri and how he is changing the odds in their favor. Unlike our tiny hope for Shirakumo to retain his consciousness, AFO won. So far, all the steps in his plan have been successful.

That brings us to Toga’s part in the fight. The latest chapter shows her trusting AFO’s plan and just doing “what she is supposed to do.” While there’s not much clarity on that part, we see her reveal Buwaigawara’s last blood sample. Despite Asui and Ochako’s attempts to overpower her, Kurogiri’s portal shows just when she needs it.

She fools Asui by using a fake blood capsule and immediately consuming the original. As she transforms into Twice, she asks Kurogiri to teleport her to Gunga Mountain, where she commences the feared Sad Man’s parade: Infinite Double. 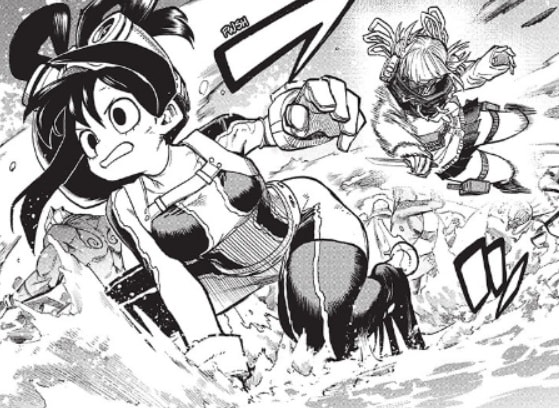 However, the point to note is that Ochako manages to grab onto Toga as she passes through the portal. She tries her best to keep her from going elsewhere. This is the major cliffhanger in the latest chapter.

We don’t know if she reached Gunga Mountain or if Ochako managed to drag her back to Okuto Island. Either way, the odds are already against the heroes, thanks to Kurogiri’s revival.

He is collecting all the villains, and it seems like most of them want to go to Gunga Mountain because even Dabi is heading there. It looks like these battles will condense at Gunga Mountain while Midoriya is battling Shigaraki on the Floating UA.

Unfortunately, MHA is on a sudden break this week. No leaks tonight.

Sadly, the Chapter 376 spoilers won’t be out this week as the manga is on hiatus. Therefore, let’s discuss some future plot predictions and analyze what we know already.

Kurogiri is proving to be a vital character in AFO’s plan. However, it is astounding how all of his plans are working exactly as he planned.

Currently, nobody seems to have decoded his actual goal or strategized. Instead, he has pushed the heroes to their limits, and they only fight. Bakugo even cheated death! 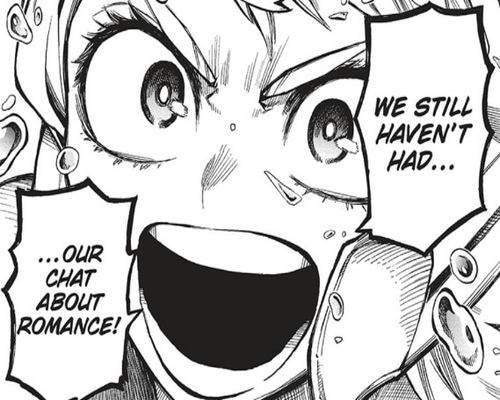 On the other hand, the one thing heroes feared and tried their absolute best to prevent is about to happen. Toga seems unstoppable as she has already begun the Sad Man’s Parade.

At this point, Horikoshi has to be really creative to bring up something in the heroes’ favor. Not to mention even Dabi is heading to fight Endeavor.

The upcoming chapters are likely to focus on Ochako, Asui, Toga, and the disastrous weather. We need to wait and see what Horikoshi has planned next.

As per the fandom, Chapter 376 will be out on December 25th, 2022, i.e., Sunday. But this is an expected release date; there is no official confirmation till now.

On the other hand, Shueisha’s official platforms still haven’t updated about the sudden break, which is usually the case when there’s an unannounced hiatus.

So far, this is all the information available about the MHA manga schedule. Therefore, keep an eye out for any news that may surface, and stay tuned to our website, as we’ll cover it for you.

Where to Read My Hero Academia Chapter 376

MHA is undoubtedly one of the popular current-gen Shounen manga. So, of course, it is published in Weekly Shounen Jump by Shueisha.

Therefore, the manga is available on Mangaplus Shueisha and Viz Media to read. Since they are official platforms, you will need to purchase their subscription to unlock the entire manga.

Alternatively, you can always head over to the private sited that offers the entire manga to read and even regularly update the latest chapters. More importantly, based on your journey in MHA verse, you can choose any of the mentioned options. Happy reading!