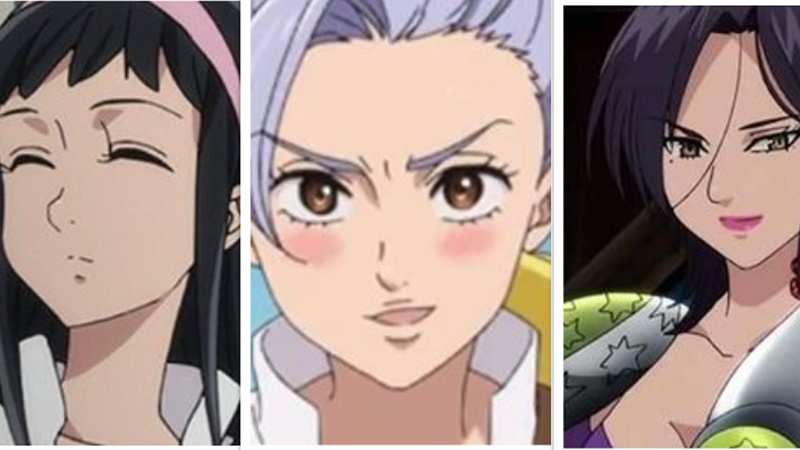 Seven Deadly Sins is a famous Japanese manga series written and illustrated by Nakaba Suzuki. The series is all about how the Knights of the Kingdom Britannia use their powers to protect its people and the Kingdom.

But, some Knights betrayed their Kingdom and gradually became against them to overpass the ruler of the Kingdom Liones. It then shows the journey of the Hottest female, Elizabeth, who helps to free her Kingdom and later asks for justice.

Like this, Seven deadly Sins portrays other powerful Feminine characters who helped Elizabeth achieve her goal. Therefore in this article, we are going to talk about the Top 10 Strongest Seven Deadly Sins Female Characters. Without wasting any further time, let us begin with our article. 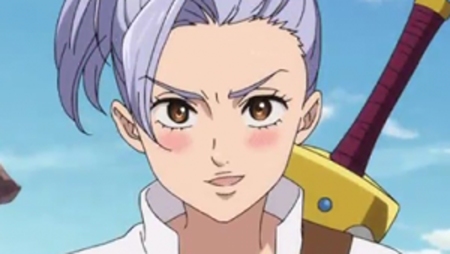 Jericho is one of the members of the elite forces of Holy Knights of the Kingdom of Liones. She is a person with serious nature who wants to prove herself as a mighty knight. Jericho is a proficient swordswoman, capable of casting several slashes in an instant.

She often used to feel inferior for being a girl, and so she disguised herself as a man to appear capable enough. Her power level increased after unlocking her magic. Due to this, now she can easily fight with several Red Demons in the Holy War.

She gained tremendous powers when she drank the blood of a demon after fighting the Seven Deadly Sins. Guila even possesses magical powers with the help of which she can produce explosions whenever she wants. 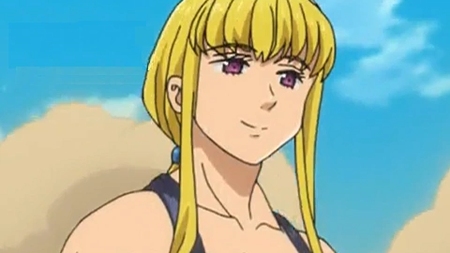 Following up, we have Matrona, who is a mentor and a motherly figure to Diane. Matrona was extremely strong even among the giants and possessed an iron-like rigid body. She starts giving her enemies respect after they give a tough battle to her.

Matrona even mastered the Drole’s dance, even after losing her right leg. With the help of her magical power of creation, she could generate many thin needles by pointing out her index and middle finger. This technique of her results in multiple targets at once. 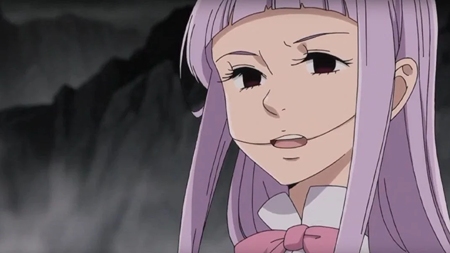 Now, we have Melascula, a warrior of the Demon Clan who is serving as the Faith of ten commandments under the Demon King. She is described as a young woman with a calm personality.

Melascula possesses some extremely powerful magic. With the help of the black jet matter, she can form wings for flight. She can also protect herself by creating a shield around herself to defend herself from Ban’s Fox Hunt Technique.

She even knows the technique of manipulating the dead souls. With the help of her Hell Gate power, she can form doorways for a different objective. 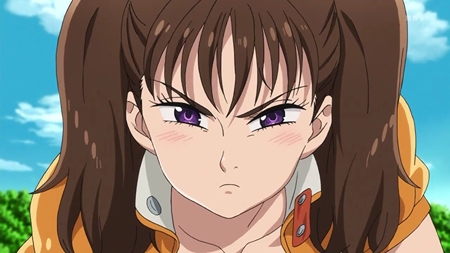 Diane is one of the members of the Giant Clan, who is much more powerful than the other people. She is described as a beautiful woman with hair of medium length and eyes of purple color.

Daine is quite convinced because of her magical abilities. She can stop a crowd of bugs by just punching the ground. Diane increases her connection with the earth by just performing an exclusive dance called the Drole’s dance. 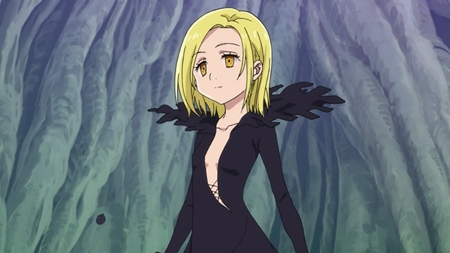 Next in line, we have Elaine, who is a Fairy warrior. Elaine was resurrected by Melascula, and she was eliminated by the demon. Later, she again passes away after fighting the Demon Clan, but this time Ban resurrects her by giving up his entire immortality.

Her powers are drastically boosted after her wings grow. Elaine possesses the magical power of manipulating wind with just a swirl of her hand. She can even read human minds and come across their thoughts. 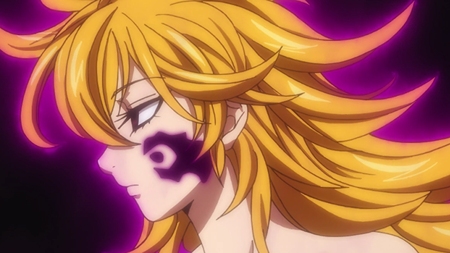 Derieri serves as the Purity of the Ten Commandments under the Demon King. She has some markings of a demon on her left cheek, symbolizing the open mouth of a beast. Darieri loses her cool due to some tragic incidents, like after her sister’s death or when she has to face Meliodas.

With the help of her magical powers, she can easily form wings to fly. After sacrificing her six hearts, she turns into a beast named “Indura” and gains tremendous strength.

Merlin occupies the position of Boar’s Sin of Gluttony and is also titled the greatest magician in the Kingdom of Britannia. She never loses her temper, no matter what the situation is.

She is a very calm yet mysterious kind of woman. Merlin possesses the magical powers of stopping the duration of her spells, making them stay for eternity. She can easily cancel out a spell by just placing her hands over it. Merlin is the Daughter of Belialuin, who has the power of infinity. Also her real name cannot be pronounced. 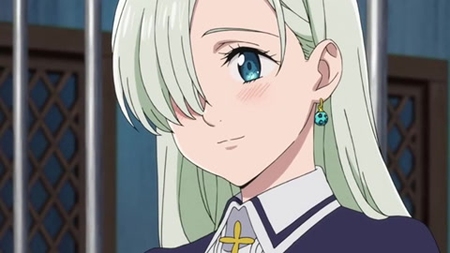 In the second position, we have the Hottest Seven Deadly Sins Character, Elizabeth, who is the third princess of the Liones Kingdom, a polite and caring woman.

With the help of her magical powers, she can heal anyone in the Kingdom of Liones and can also make a plant proliferate. She can form a pure mist by just stretching her arms, which is capable evacuate demonic miasma out of Melascula.

In the first position of Strongest Seven Deadly Sins Female Characters, we have Supreme Deity, who is the mother of all Goddess Clan. She is so concerned about her clan that she can punish anyone who dares to go against her laws.

By using her powers, she can create light particles and can also make them unbeatable to physical attacks. Supreme Deity also knows the technique termed “Cheat Hope.” By using this, she can create some sort of symbol, and when she blows it to her required mark, the ones affected acquire an immense boost of magic.

Hope you all enjoyed reading our article Top 10 Strongest Seven Deadly Sins Female Characters. We will try to bring more such informative articles next time. Till then, enjoy reading this article and stay tuned to our website for more articles.