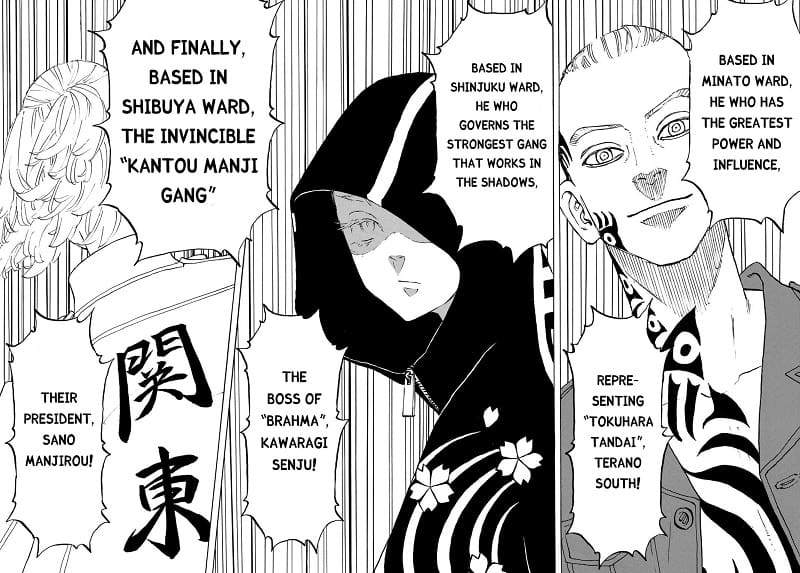 Tokyo Revengers is one of the popular manga which follows the story of Hanagki Takemichi, who travels to the past to save his girlfriend. A year ago, the manga entered its final arc, which focuses on Takemichi’s final mission to save his friend Mikey. Today in this article, we are going to discuss “Three Deities,” who was the main focus of the final arc.

After the defeat of Tenjiku at the hands of Toman, Mikey disbands the gang so that his friends can lead a better life. Thus, he disbanded the gang when it was at its peak. Afterward, Takemichi returns to the future, where everyone is happy except for one person, i.e., Mikey. Like in every timeline, Mikey once again goes on a dark path where he leads a more violent gang, i.e., Bonten.

Takemichi manages to meet Mikey, but to his surprise, he shoots him and immediately tries to commit suicide. Fortunately, he was saved by Takemichi, who was about to die himself. At that moment, Mikey asks to save him, which creates a trigger between the two, thus sending him ten years into the past.

About Three Deities in Tokyo Revengers

When Toman disbanded two years ago, many delinquent gangs clashed for supremacy in Tokyo. They all were defeated very quickly, which led to the Tokyo world being in chaos and plunged into Tokyo’s Sengoku Period. The war was finally put to an end when three gangs came on top. The three gangs were Bhraman, Rokuhara Tandai and Kanto Manji Gang. These three gangs came to be known as Three Deities. They were the main focus of the first half of the final arc.

The Bhraman Gang is led by Kawaragi Senju. They are mysterious hooligans who are based in the Shinjuku ward. This gang mainly comprises founding members of Black Dragon. The sole purpose of this gang is to defeat Sano Manjiro, the leader of the Kanto Manji Gang. Bhraman gang ran an underground fighting ring through which they make their livelihood as rich people place huge bets on these fights. 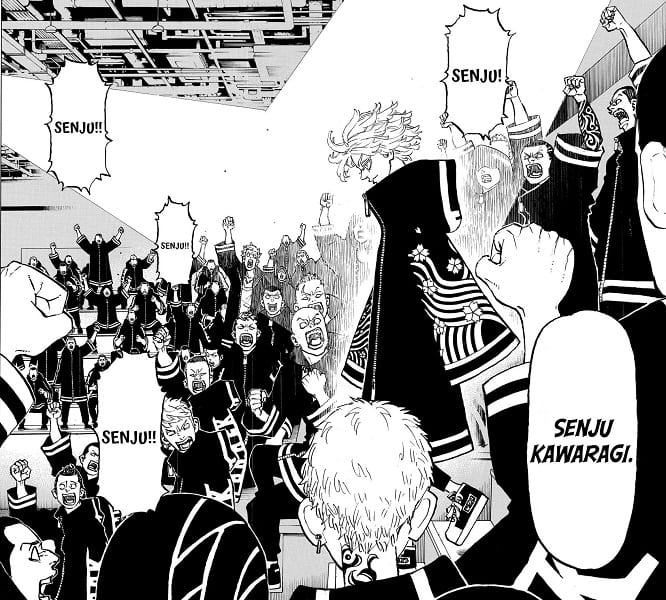 The prominent gang members of the Bhraman are as follows:

The Rokuhara Tandai gang is led by Terrano South. They are the unrivaled gang based in the Minato ward. This gang comprises the former member of Tenjiku. During his time in the juvenile center, he heard about the clash between Toman and tenjiku from a fellow inmate. He met all the members of Tenjiku and defeated them single-handily. After his release from jail, the Rokuhara Tandai gang was formed. 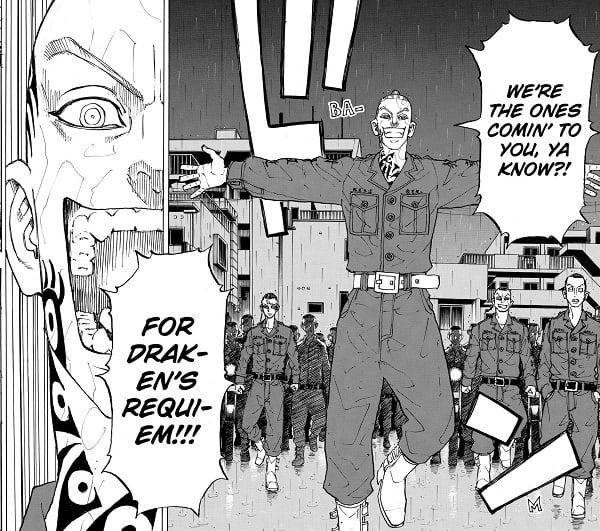 The prominent gang members of the Rokuhara Tandai are as follows:

The strongest gang among the three deities emerged victorious during the battle. It is led by Sano Manjiro, the former president of the Tokyo Manji gang. They are known as the invincible gang based in the Shibuya ward. 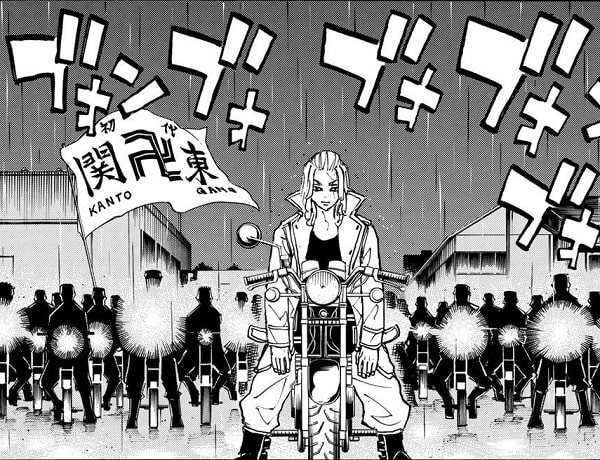 The prominent gang members of the Kanto Manji are as follows:

The Battle of three deities was the three-way war between Kanto Manji, Rokhura Tandai, and Bhraman. This war begins after Draken’s death, who passed away because of gunshot wounds by a member of Rokuhara Tandai. Seeing this as a perfect opportunity to strike down Bhraman, Rokuhara Tandai launched the attack. Surprisingly Mikey’s Kanto also joins the war.

South was ruthless from the start when he took down Waka and Benkai with ease. Meanwhile, Mikey and Koko were witnessing the battle without making any moves. The other executives of the Rokuhara Tandai joined the battle, where Kakucho ran off to face Mikey. Sanzu tried to stop Kakucho, but he was knocked by Haitani Ran.

Senju joined the fight against the South, where she was fighting him on equal foot. On the other hand, the battle between Kakucho and Mikey started when Mikey did not do anything. After remembering Draken, his dark impulses woke up, and he defeated Kakucho with one blow. Suddenly Takemichi had a vision of South’s lifeless body in front of him.

Mikey broke Takemichi’s arm and finished off South for good. When Takeomi and Takemichi tried to stop him, he kicked Takeomi and started punching Takemichi ruthlessly. Sanju, notwithstanding this horror, begged Mikey to leave Takemichi; in return, she would disband her gang.

Thus, the battle of the Three deities concluded with Kanto Manji coming on top. After this battle, top members of Bhraman, Rokuhara Tandai, and Hanma joined Kanto Manji Gang.

So, this is it for today, folks! Here, we have concluded our article on “Tokyo Revengers: Three Deities. ” We will update once the story progresses further, as the story is in the final arc where Takemichi is finally giving up a tough fight to Mikey.