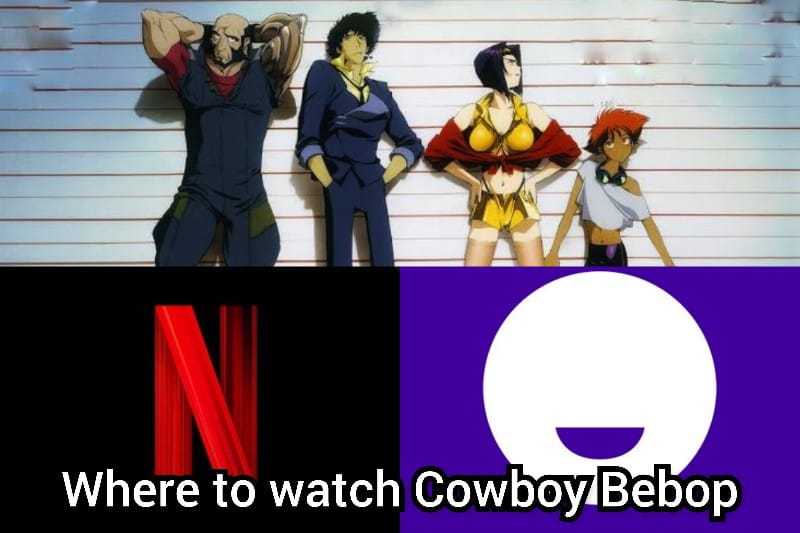 Cowboy Bebop is a sci-fi anime with a lot of incredible action, adventure, and comedy. Recently, the release of its Live-Action movie on Netflix has regained its popularity once again after two decades. Many fans are now coming up with a query, “Where to watch Cowboy Bebop” original anime and Live-Action movie.

The answer to this question: Cowboy Bebop (1998) Original anime is available on Funimation, Hulu, Netflix, and Amazon Prime Video (US) in both English sub and dub. Cowboy Bebop: The Movie (2001) and the Live-Action series is procurable only on Netflix.

Later in this post, we have explained every query on Cowboy Bebop that recently surfaced so that you’ll get an idea of where and how to watch all series of Cowboy Bebop legally. So, let’s begin.

Where to watch Cowboy Bebop?

Funimation (US), Hulu, Netflix, and Amazon Prime Video (US) are the best legal platforms to watch Cowboy Bebop in English dub. However, the catch is only the original Japanese version of Cowboy Bebop is under the ad-supported section on Funimation. It means to watch in dub; you have to pay for the subscription.

The same circumstances stand for the other services. You have to pay for either of the services to watch Cowboy Bebop in English dub.

1) Is Cowboy Bebop on Netflix?

Netflix has the ownership to present Cowboy Bebop all episodes and movies worldwide. Therefore, you can watch the series in order on Netflix. However, the catch is only Cowboy Bebop The original series and the Live-Action series (2021) are available for more than 20 countries, including the US, India, Canada, etc. But Cowboy Bebop: The Movie (2001) is only available for Japan, South Korea, and Canada Netflix.

Therefore, if you want to watch this anime series on Netflix worldwide, then you need to purchase a good VPN.

Here we recommend only NordVPN. You have already read its review on the web. It is the best VPN for not only Canada but for Japan too. Therefore, you can purchase it from the link given below.

Also, after purchasing below in the post, we’ve mentioned the steps to use it and watch any anime worldwide.

2) Is Cowboy Bebop on Crunchyroll?

3) Is Cowboy Bebop on Hulu?

Yes, Cowboy Bebop Original (1998) series is on Hulu in English dub and sub. You can watch this series on Hulu under the premium subscription. However, for the movie and the live section series, you have to advance to Netflix.

4) Is Cowboy Bebop on Funimation?

Yes, Cowboy Bebop Original (1998) series is on Funimation in English dub and sub. Funimation has the legal rights to provide the original series, but only the Japanese version is accessible under the ad-support format. To watch in English dub, one should need the Funimation premium account. Although, you can complete the series under the trial period.

How to watch Cowboy Bebop in order? 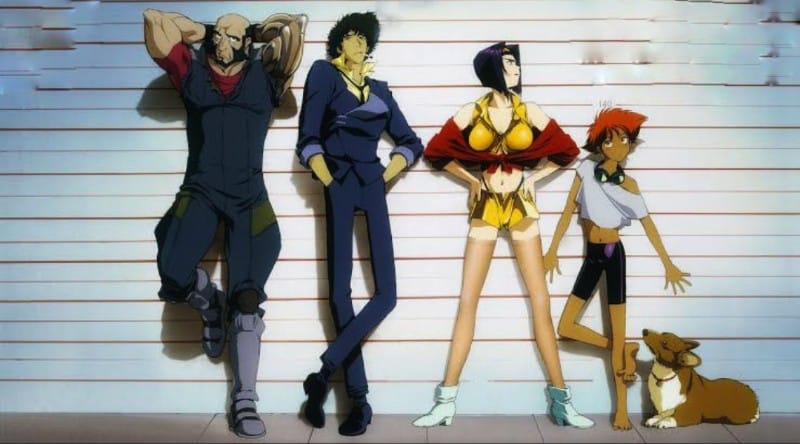 Cowboy Bebop is one of the incredible sci-fi anime series released under Sunrise studios in Spring 1998. It is the story of the future 2071, where humans have shifted over different planets, and the Inter Solar System Police is formed to maintain the peace within the planets. The plot revolves around the outlaw bounty hunter, known as “Cowboys.” This futuristic anime is a must-watch series.

Here we conclude our article on “Where to watch Cowboy Bebop” along with explaining the other queries. We will be back once again with another post. Till then, stay tuned with us and read the articles below.

Q1. Where can I watch Cowboy Bebop in Canada?

Ans. You can watch Cowboy Bebop on Netflix in Canada.

Q2. Did Cowboy Bebop get canceled?

Q3. Where can I watch Cowboy Bebop: The Movie

Ans. You can watch Cowboy Bebop: The Movie only on Netflix (Japan, South Korea, and Canada).

Where can I watch Fairy Tail Dubbed? English 2022