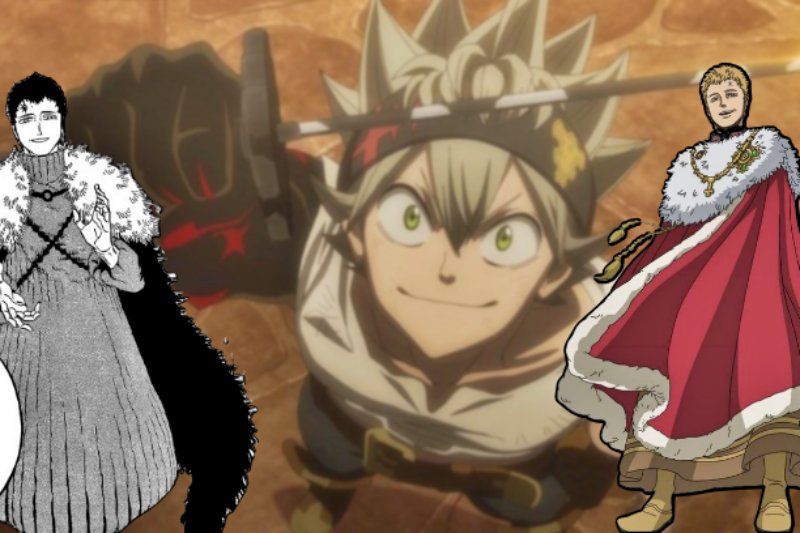 We are back with another amazing article on Black Clover. Currently, the manga is getting interesting as Asta’s training in Land of Rising Sun is going in full swing. In the recent chapter, it has been revealed that Lucius’s Paladins, which is led by Sister Lily, have finally reached the Land of the Rising Sun. It is unknown whether they are after Asta or to dominate the Land of Rising. Today in this article, we are going to discuss “Who is the Main Villain in Black Clover?”

The proper answer to the question is Lucius Zogratis is the main villain of the series as he is the one who orchestrated a lot of events that happened in the Black Clover world.

Black Clover has a variety of villains such as elves, devils, dark triads, diamond kingdom, etc. But it mostly came to known they were mostly manipulated by Devils and were responsible for the chaos.

And the one who overthrew them was Lucius Zogratis, thus making him the most lethal and dangerous villain in the entire series.

Later in the post, we discussed Lucius Zogratis based on every minor detail. So, let’s discuss.

Who is the Main Villain in Black Clover?

Lucius Zogratis is the most dangerous, calculative, and powerful villain in the history of Black Clover. He was born with two souls, and his evil soul is way stronger than his good soul.

Lucius is the oldest among the Zogratis siblings and was the one who made them have a contract with devils. When he made his first appearance, he defeated Damnatio Kira in no time.

Lucius quickly took Lucifero’s heart after his subsequent defeat at the hands of the Magic Knights of Clover kingdom. He made a contract with the time devil Astaroth who is yet to make an appearance.

Lucius has a variety of magic, such as Soul Magic, Time Magic, and the magic he absorbed from Lucifero, i.e., Gravity Magic. It is said that he single-handedly annihilated all devils in the Underworld and purified them.

He is an excellent strategist and fighter, as he easily manages to predict Asta’s movements. Unlike other villains, he doesn’t take any chances and makes no mistake for his enemies to grow them to be stronger.

Like in the case of Asta as he quickly declared that he was the flaw of the world and would be on his way to achieving his goal.

Lucius quickly fought him and defeated him. He not only managed to defeat Asta physically, but he made sure to toy with him emotionally by turning Sister Lily into a Paladin.

Lucius makes sister Lily say that he must be eliminated, which breaks down Asta mentally too. This proves how much stronger Lucius is.

That’s all for today’s post on “Who is the main villain in Black Clover?” We will soon be back with another article on Black Clover. Till then, stay tuned and stay updated. See you again.