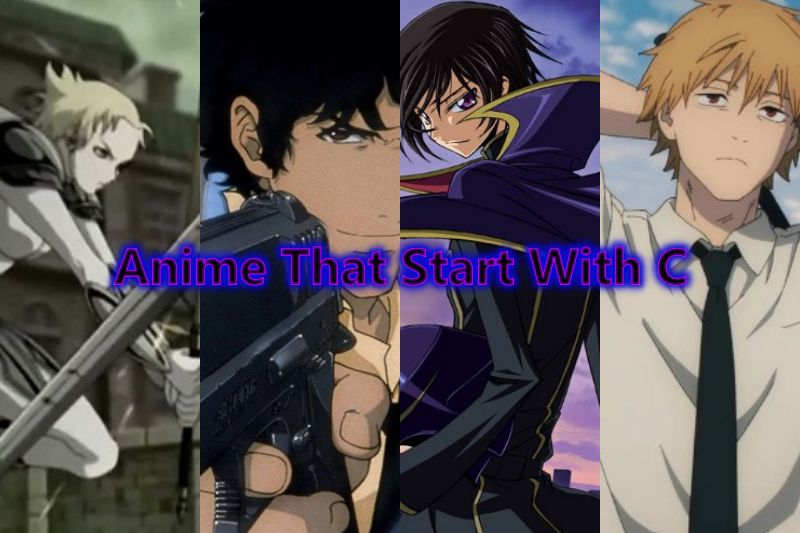 Here are the top 10 trending anime that start with C! Each anime also features additional information through a brief description of their plot, the IMDb ratings, genres, and the number of episodes available to watch.

Action, Comedy, Slice-of-Life, Drama and other genres help pick the right anime for your mood. In this article, we have also classified other notable anime from C based on genres.

Trending Anime That Start With C 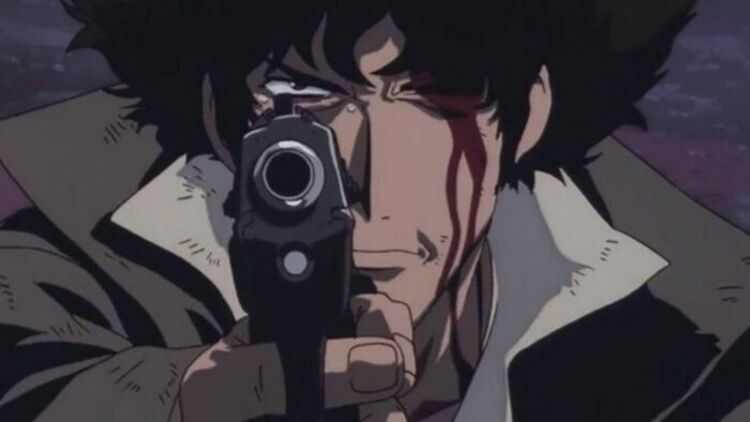 In the year 2071, humanity finally achieved intergalactic travel and occupied planets across the solar system and the galaxy with human settlements. A lack of proper law and order has allowed crime to run rampant and, along with it, opportunistic bounty hunters!

One such easy-going bounty hunter is the infamous Spike Spiegel. Aboard their ship Bebop, he also finds companionship with captain Jet Black, con artist Faye Valentine, odd yet endearing child Edward Wong, and Ein, the dog.

They live from bounty to bounty and mostly survive until a dangerous threat from Spike’s past is back, forcing him to choose between a life with his new family or death with old, well-deserved revenge!

In a world filled with dangerous monsters known as Devils, Denji is a young man forced into destitution because of his father’s huge debt.

His only friend is Pochita, a small, dog-like Devil with a chainsaw on its head. In a sudden act of betrayal by the yakuza, Denji is murdered – his hopes of living a normal life with a hot girlfriend ruined!

Luckily, an old contract allows Pochita to fuse his soul with Denji, bringing him back to life with new Devil-like powers! The Chainsaw Man is finally born! He’s immediately noticed by Makima, the Public Safety Bureau’s top devil hunter, who spares his life in return for absolute obedience!

Enticed by her promises of fortune and a happy life with a hot woman, Denji fights to turn his dreams into reality! 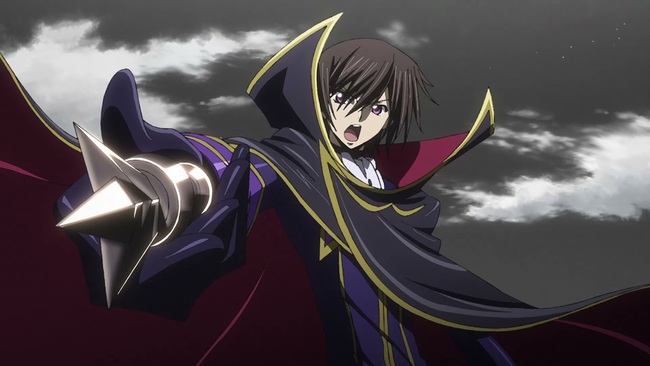 Japan has been attacked and occupied by Knightmare Frames, the giant robot weapons of the Holy Empire of Britannia.

After a crushing defeat, Japan surrendered and was renamed Area 11. In this tense environment of constant revolts and riots between Area 11 and Britannia, a young Britannian, Lelouch, is caught.

Luckily, he escapes with the help of a mysterious girl, C.C., who gives him the ‘Power of Kings,’ or Geass, which allows him to control others as per his will. Masked as the vigilante, Zero, Lelouch, with his new powers, leads a rebellion against Britannia to get revenge. 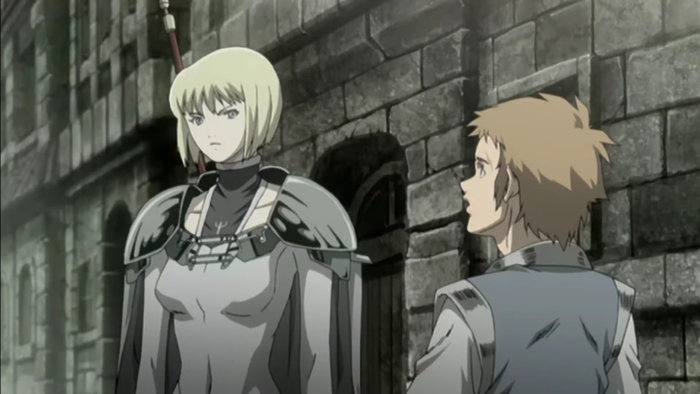 Claymore, a being that’s half-human and half-youma, is exclusively made for exterminating monsters and demons that devour human flesh, called ‘youma.’

One such Claymore is Clare, a young woman who saves Raki, a young man, from the youma that was attacking their town.

In the attack, Raki’s family was killed, and he was exiled from his home. With nowhere else to go, he accompanies Clare on her journey.

Along the way, they learn more about the organization she works for and seeks the youma that pushed her to become a Claymore. 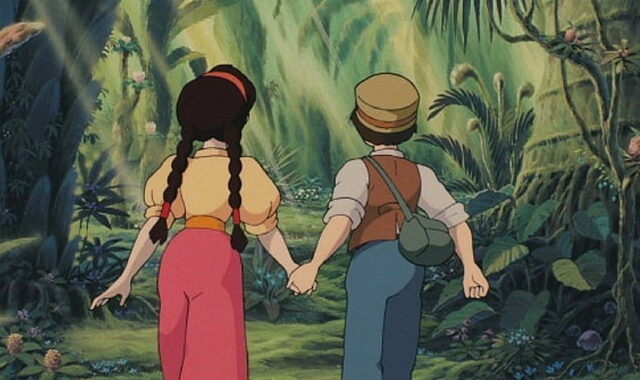 A young girl, Sheeta, in possession of a crystal amulet, is kidnapped by government agents. She’s kept captive in an airship until the ship is attacked by a pirate crew!

She escapes meeting Pazu, who’s always dreamt of finding the hidden castle of Laputa. The two set off on a journey to find it, and on their trail are government agents and pirates! 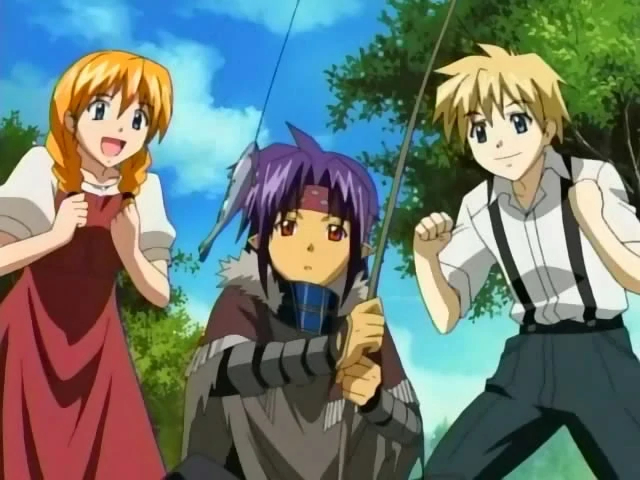 The holy organization, aka the Order of Magdalene, was established to counter their forces. Working for their organization are expert exorcists Sister Rosette Christopher and her partner Chrono.

However, their reasons for exterminating demons are motivated by their pasts. Rosette is looking for her brother Joshua who was taken by Aion, a Sinner who was previously involved with Chrono. Together, they set off to find him while facing dangerous demons. 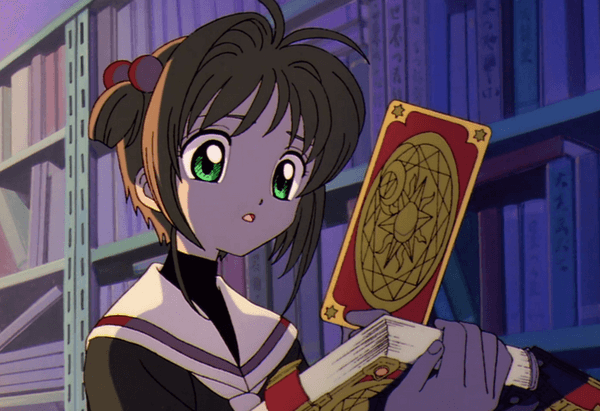 He informs her of the special abilities and powers of the cards, the threat they pose to the world, and her responsibility to capture them again.

Along with her best friend Tomoyo Daidouji and Kero’s guidance, Sakura must find a way to balance her new responsibilities with ordinary high school troubles of love, family, and friends! 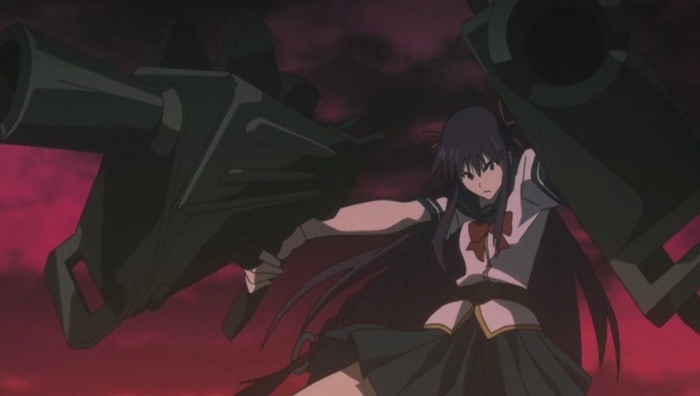 Ouri Kagami is an orphan and lives at shrine. He happens upon the priest, Keisei Tagami reviving the dead body of the schoolgirl, Makina Hoshimura.

He discovers that after being brutally murdered, she turned into Shikabane Hime, an undead tasked with exterminating others like her.

She’s contracted to work for Kougon Cult and simultaneously seeks revenge on the organization responsible for her death. As Ouri goes about his life, his encounters with her grow more intense, and that might just be the key to unraveling the secrets of the Shikabanes. 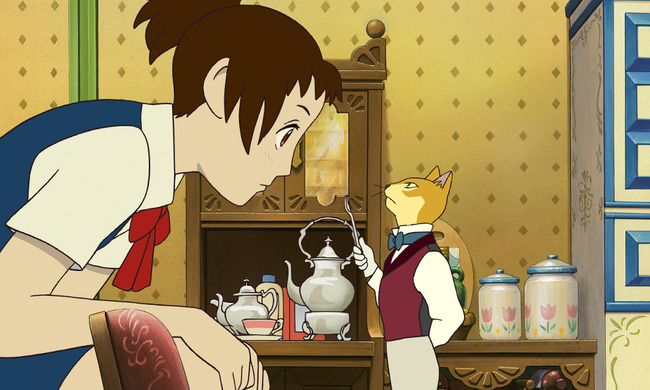 The film follows a high school student Haru Yoshioka who is bored with her monotonous life. One day, she saves a stray cat from being run over by a truck.

The cat turns out to be Prince Lune of the Cat Kingdom and as a token of gratitude, offers her several gifts and favors. He even invites her to the Cat Kingdom to be his wife.

Although she does not wish to marry him, he’s led to believe that she has accepted his proposal due to a miscommunication. While trying to get out of this sticky situation, she stumbles upon a bureau named the Cat Business Office.

With the help of the bureau’s owner Baron Humbert von Gikkingen, she enters the Cat Kingdom to try and prevent her marriage. The more Haru gets involved in the Cat Kingdom, the more cat-like she becomes. 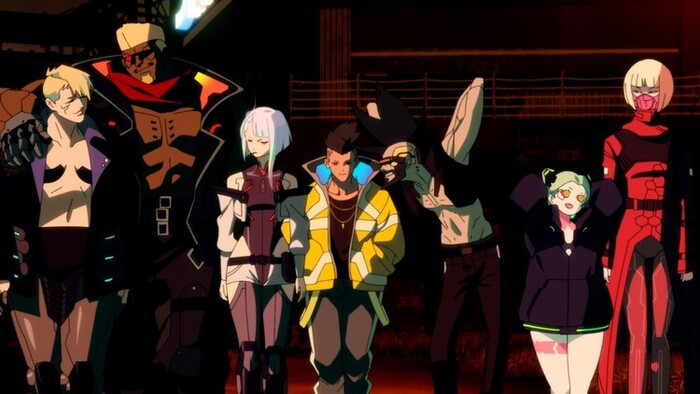 The series revolves around a street kid named David Martinez, trying to survive in the Night City– a city of the future, obsessed with technology and body modification.

David attempts to fulfill his mother’s lifelong dream for him to rise up the ranks of Arasaka, the world’s leading security corporation.

When his life is in shambles after an encounter with a street gang, David finds a prosthetic that grants him superhuman speed.

Using his newfound abilities, he joins the Edgerunners – cyborg criminals willing to break any law for monetary gain. He decides to become an Edgerunner himself, risking everything to survive!

Here are the top 10 trending anime that start with C ! From comedy and slice-of-life to horror, mystery and supernatural, there’s a variety of anime series and movies that you can pick and choose from.

For the busy workers who can’t spare a lot of time, this list also features a couple of single-season anime and movie. A dedicated anime otaku or a casual viewer, the list classified by genre, caters to both!

Simply pick the anime of your choice and immediately start watching! Have fun!