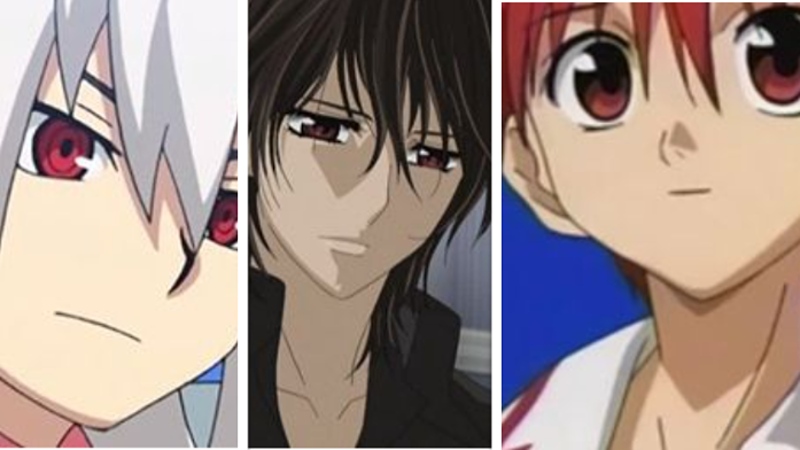 Eye color has always been a striking feature for any anime character. Many inferences can also be made by just seeing the color of someone’s eyes. Therefore in this article, we are going to talk about the Top 20 Hottest Anime Guys With Red Eyes (Male Characters). To know more about the anime series, continue reading this article. So, without wasting any further time, let us begin with our article. 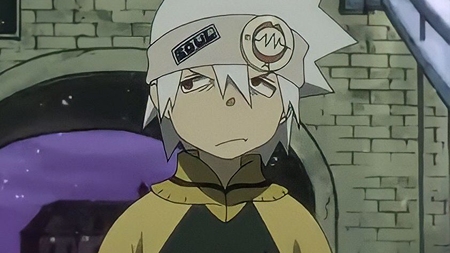 Now, we have Souls Eater Evans, a calm and cool man. He always makes a weary expression on his face. With the help of his powers, he can convert any part of his body into a weapon. He can also raid the bloodstream of any person who is trying the act of Soul Resonance with him. With the help of his piano skills, he was easily able to manipulate wavelengths. 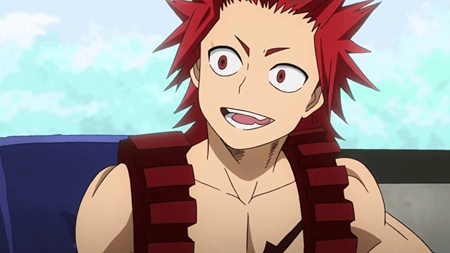 In the 19th position on our list of Hottest Anime Guys With Red Eyes, we have Kirishima Ejiro, a young man with red hair and red eyes. He has a very friendly nature and is always ready to accept any task on his way. Kirishima respects honest and true people and, at the same, hates people who cheat. With his magical powers, he can harden his body at any time. 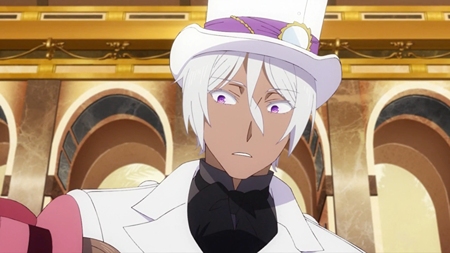 Noe Archiviste is a dark complexion young man with a long face and red eyes. He can easily get lost in his own world and so is called a child by the other people. Noe Archiviste can easily increase his speed and strength by just changing the formula. He can also read anyone’s mind by just swallowing their blood. 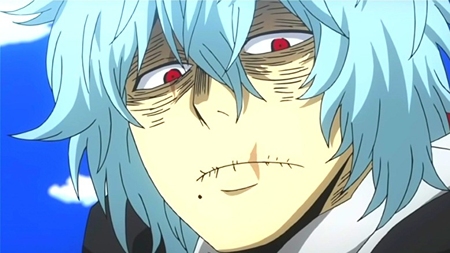 In the 14th position on our list of hottest anime guys with red eyes, we have Tomura, the main character of my Hero Academia. He is a skinny man with pale-colored skin and red eyes. Tomura always wishes to do something evil to the other people around him. He never feels pity for others, even after performing evil tasks like killing them. Tomura can definitely be called the strongest villain in Japan. 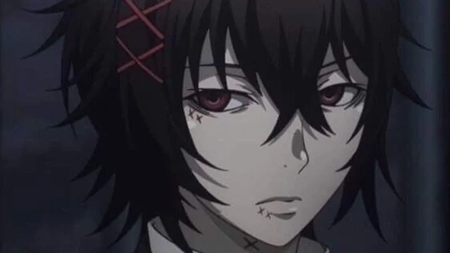 Following up, we have Juuzou Suzuya, a Special Class Ghoul Investigator. Juuzou is a young man having both male and female features. He has pale-colored skin, white hair up to his shoulder’s length with bangs kept in the front, and dark red eyes. He stitches his own body and says that it is a form of modifying the body. With the help of his magical powers, he can match ghouls in combat. 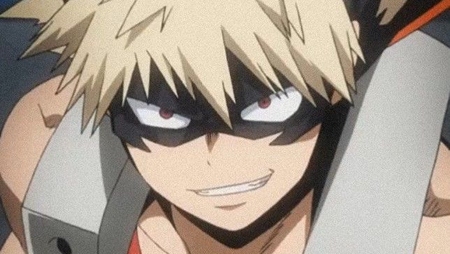 Now, we have Katsuki Bakugou, a teenager with average height. He has a slim yet muscular body. Katsuki has a very fair complexion, with spiky hair and bright red eyes. He has two marks on his body which he got during the Paranormal Liberation War. Katsuki Bakugou is a cold-hearted and short-tempered person. Also, he is very intelligent and does everything with a plan. 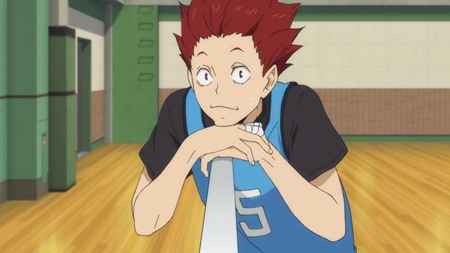 Coming up, we have Satori Tendou, a student at the Shiratorizawa Academy. The other teams of the volleyball group call him the Guess Monster, as the guesses made by him are almost correct every time. He has red-colored hair with red eyes, which looks as if he is sleeping. Satori Tendou is a very happy and loud person who loves to irritate his team members as well as the opponents. 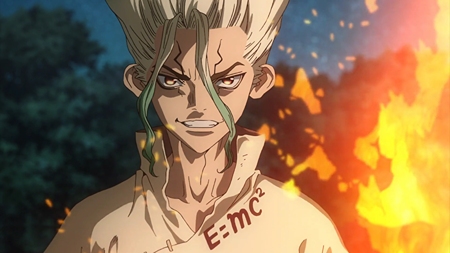 Following up on our list, we have Senku Ishigami, a slim and weak man having average height. He has spiky white hair, two bangs falling in front of his face, and bright red-colored eyes. He has two scars on his inner eyebrow, which are lines diagonal in nature. Senku is a very uncomplicated and easy-to-understand person. He is blessed with the intelligence of all scientific knowledge. 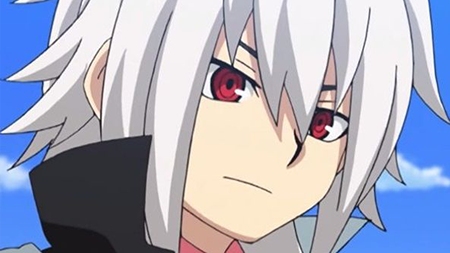 Now, we have Shu Kurenai, a tall boy with white hair and bright red-colored hair. During one of his previous battles, she has a mark on his right eye, which is usually kept covered with his hair. He is loved by everyone in his hometown and is regarded as a genius. Shu Kurenai loves to enjoy time alone and always appears in a very calm manner when he meets anyone. 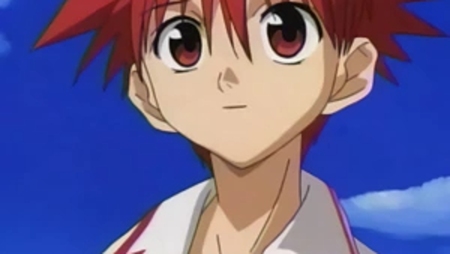 Now, we have Daisuke Niwa, a boy with a fair complexion, spiky red-colored hair, and red eyes. Daisuke is a very strong and kind-hearted person. He is an athlete and so can jump from great heights that an ordinary person cannot do. Daisuke is also a good painter, as he puts up his feelings into the canvas. 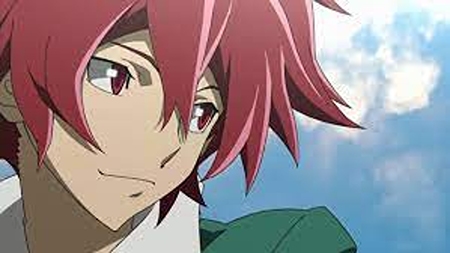 Following up, we have Takuto Tsunashi, the greatest threat to Glittering Crux Brigade. Takuto Tsunashi has short hair of red color, a slim body, and red eyes. He is a dashing-looking man often called a” pretty boy.” Takuto is quite a happy and cheerful person who always looks up to the bright side of life. Not only this, he is a good swimmer with an attractive slim body. 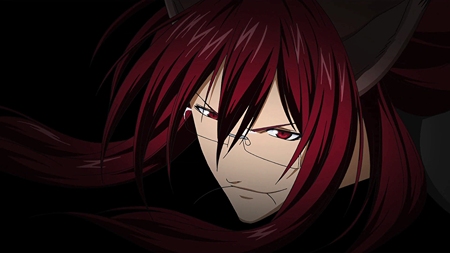 Next, we have Hiroshi Inaba, a man with spiky red hair and red eyes. He is never serious in his life and is a very socially confident person. He is a very difficult person to handle as it is nearly impossible to do business with him. With the help of his powers, he can easily change into a wolf and can attack using the five hair colors. 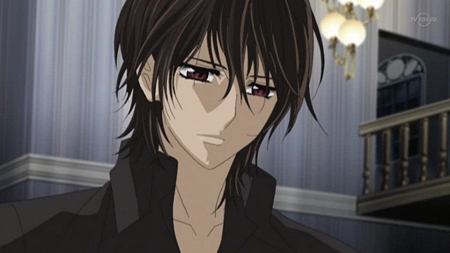 Next in line, we have Kaname Kuran, a pure vampire and also the leader of the Kuran family. Kaname can be called one of the tallest vampires. He is a man with brown colored hair up to his collar’s length. He has bangs kept in front of his face and also eyes of red eyes. Kaname Kuran is a very kind and peaceful person. 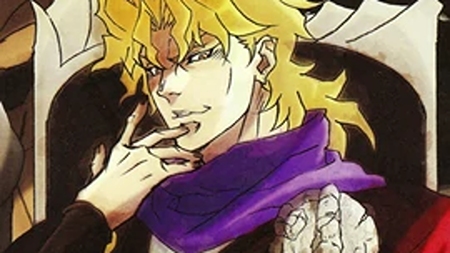 In the 7th position on our list of Hottest Anime Guys With Red Eyes, we have Dio Brando, a person lacking the feeling of understanding others. He decided to be one of the richest people at a very young age after seeing the pathetic conditions of his life. He then started doing anything to achieve what he wanted. Dio Brande just had one thing in his mind, to become more rich and powerful. 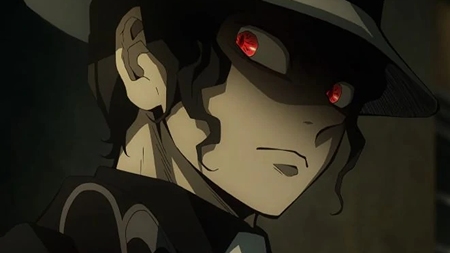 Is there anyone who is not aware of this character? In case you are not, here we have a short description for you. Muzan Kibutsuji is the primary antagonist of one of the most popular and highest ranking anime, Demon Slayer, aka Kimetsu No Yaiba. He is the creator and the king of all demons and the one responsible for the slaughter of Tanjiro’s family. He possesses red eyes and is immensely powerful, more than anyone can imagine. 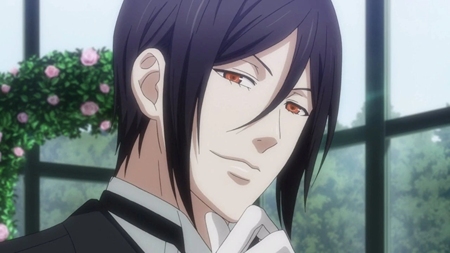 Next up, we have Sebastian Michaelis, a very handsome and tall man. Sebastian has black colored hair and beautiful red eyes. He is a very loyal and dutiful butler who fulfills all his responsibilities on time. Sebastian Michaelis always appears as a cheerful and happy person, but in reality, he is a very rude and brutal person. He takes sadistic pleasure in the misfortune of others. 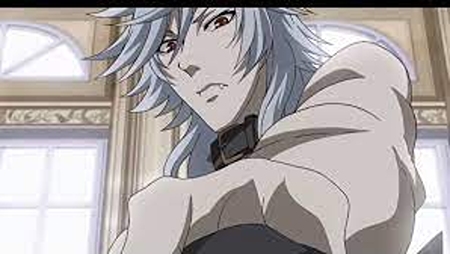 Pluto from Black Bulter holds the fourth position in the list of hottest anime guys with red eyes. He has silver-colored hair up to his shoulder’s length, pupils that look slit, and red eyes. Pluto always makes dog-like sounds but never speaks anything. He possesses some dog-like features like running all around the room and using the power of smelling to find things. Upon his will, he can convert into a human, or sometimes even when he gets a bit more excited. 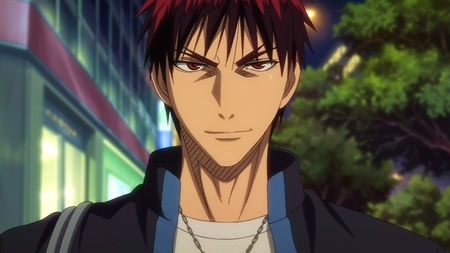 In the 3rd position on our list of hottest anime guys with red eyes, we have Taiga Kagami, a well-grown muscular man. Taiga Kagami is a high school student who has a very strong aura like that of a wild tiger. He has long red and black hair and rare red eyes too. He is a very focused and determined boy, who never backs off in any hard situation, rather stands up like a strong pillar. 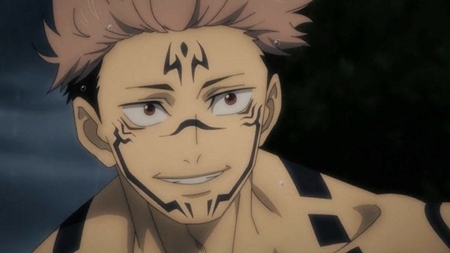 Sukuna, the King of Curses, holds the second position in the list of hottest anime guys with red eyes. Thanks to Itadori for making him one of the hottest male characters in Jujutsu Kaisen.

However, Sukuna’s original form is far much dominant. He has long hair which looks like spikes and has unique designs made on his forehead, cheeks, and nose. Sukuna is a selfish and brutal person who does not care much about his activities as he possesses extreme powers. Whosoever eats his fingers, Sukuna will start looking like him. 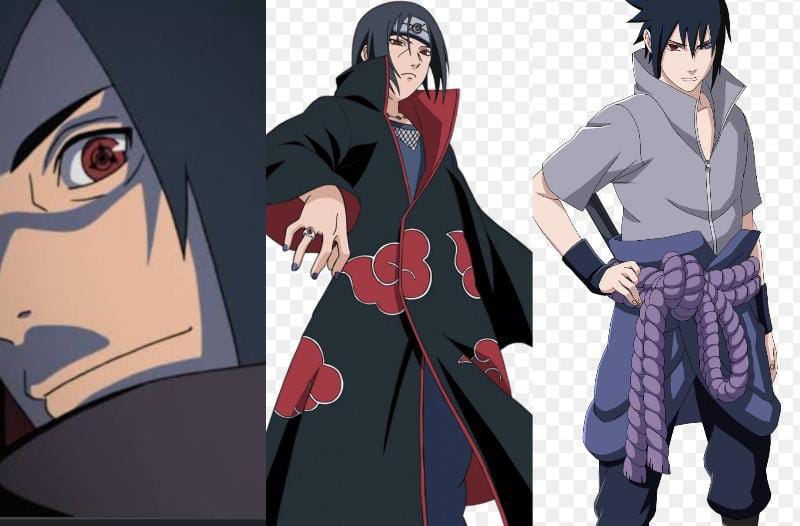 Here on the first ranking of hottest anime guys with red eyes are members of the Uchiha clan. Uchiha clan is one of the strongest clans in the entire Naruto series and has given us legendary characters like Itachi, Madara, and Sasuke.

The members of this clan possess a special kind of eyes called the Sharingan, which gives them an upper hand in battle. Extremely powerful techniques like Susano and Amaterasu still remain some of the strongest techniques in anime history. Sharingan eyes are characterized by their base red color and have patterns made in black depending upon the eye’s power level.

No doubt everyone loves them to find them at the top of the list.

Hope you all enjoyed reading this article on the Top 20 Hottest Anime Guys With Red Eyes(Male Characters). We will be back very soon with more informative articles. Till then, stay tuned to our website and stay safe.