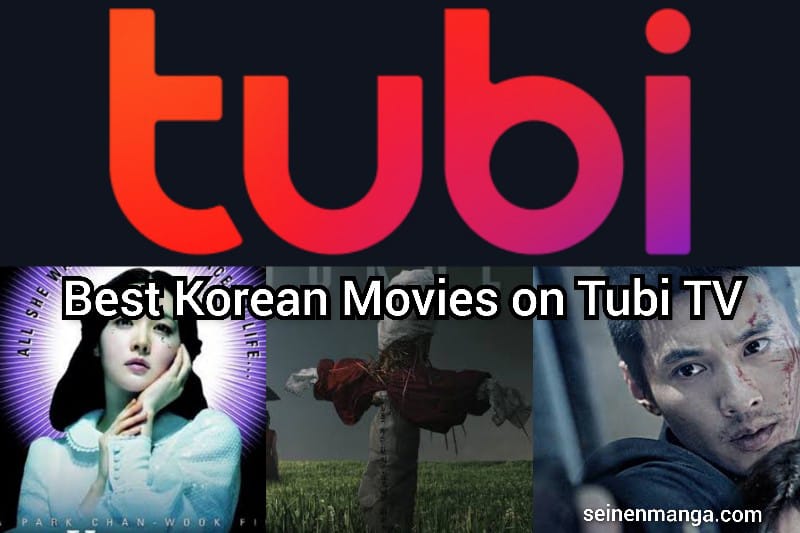 Tubi TV has a huge collection of good South Korean movies that are entertaining and engaging. Hence, here is our list of Top 15 Best Korean Movies on Tubi TV Ranked.

Though there were many movies to choose from, we selected a few from diverse genres and ranked them according to their IMDb scores for fans. So without further ado, go ahead and read our article on Top 15 Best Korean Movies on Tubi TV Ranked. 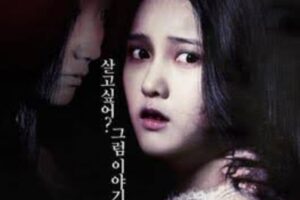 This unique Korean Horror movie is available on Tubi TV for fans to enjoy. The movie starts with the kidnapping of a high school girl at the hands of a serial killer.

We see the killer forcing the girl to tell horror stories so that he can sleep and, in return, she can stay alive. Apparently, he can sleep, only when his blood is chilled up.

She goes on to narrate various horror stories in the hopes of making her captor fall asleep, all the while trying various methods to escape. But up till when can she go on with her stories without getting killed eventually? 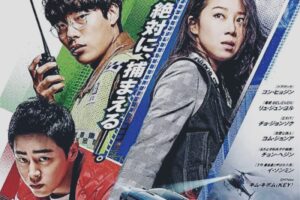 Hit-and-Run Squad is an action-packed Korean movie on Tubi TV. The story revolves around a talented but fierce police officer, Si-yeon, who joins the rit-and-run task force.

Accompanying her is the genius Min-jae, the youngest in her team who has a special interest in cars. They both team up with other talented officers to track the doings of Jae-cheol.

Jae-cheol is an unruly spoiled businessman who likes car racing. But there might be more to his business than meets the eyes and, the special force must find it out. 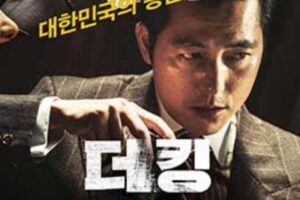 The King is a critically acclaimed political drama that is available on Tubi TV. We see Tae-soo trying to become a famous prosecutor in an era when being in that profession meant having power.

He craves power because he comes from a modest family and, hence, is willing to go to any lengths to make his dreams come true. When he finally joined a circle of elite prosecutors, he finally started to lead the life he wanted to live.

But he starts to realize just how hollow, pretentious and cruel this kind of life is. And, he finds himself losing his own self in a conflict of corruption and power. 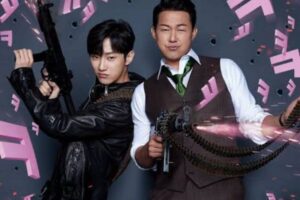 The Dude in me is a supernatural comedy Korean movie on Tubi TV that is a very entertaining must-watch. We see how a gangster got into an accident and gets his soul transferred to the body of a teenager.

He wakes up in the body of Pan-soo, an unpopular and bullied boy. He also realizes that he has a daughter with his ex-girlfriend and, she goes to Pan-soo’s school.

Now he must make things right with his past lover and become closer to his daughter. But the problem is, he is in the body of a teenager. 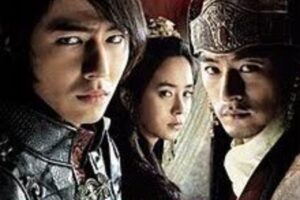 This Korean movie is a historical drama on Tubi TV that depicts the controversial relationship between a king, his queen, and his commander. The King has a romantic relationship with one of his military commanders Hong-rim.

But there is constant pressure of fathering a child on him with his wife. So to overcome that problem, he orders his lover to father his child for him with his Queen.

Though at first, both the commander and the Queen appear more than disturbed by the idea, they soon find themselves in love with each other. Hell breaks loose when the King gets to know about these unexpected consequences. 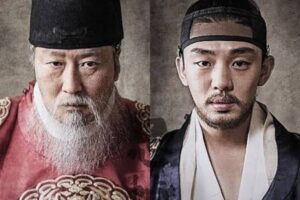 The Throne is a historical drama film on Tubi TV that depicts the life of King Yeongjo and Prince Sado. We see how King Yeongjo of the Joseon Dynasty kills his son Sado at the age of 27.

The movie begins with the failed assassination attempt of the King by the Prince. For this, the King punishes him by locking him up in a rice chest for seven days to kill him.

Then the movie shows flashbacks of the past, which showcases the reason behind the Prince’s current situation. We witness how the misunderstandings and courtly politics were what soured the relationship between the father and son. 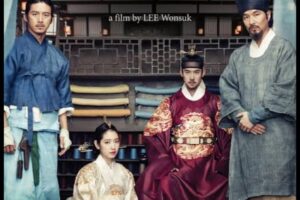 This Korean movie on Tubi TV retells how the bell-shaped, traditional Hanbok came into fashion in the Joseon dynasty. We see how the tailor credited for Hanbok’s design is actually not the one who made it.

Rather it was a young and talented tailor, Gong-jin, who invented the design and fell in love with the Queen at first sight. The King, on the other hand, does not favor the Queen and, hence she is yet to bear an heir for him.

The tailor heavily helps the Queen to stay in favor with the King, but which in turn makes the King suspicious of the Queen’s fidelity. On top of that, Gong-jin incurs the jealousy of another talented tailor who wants to take his place. 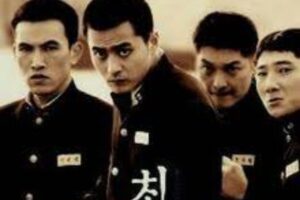 This Korean movie on Tubi TV depicts the story of four friends who take on different paths in life. In the group, Joon-seok is the leader and the son of a mob boss.

Others are Dong-su, Jung-ho, the class clown, and Sang-taek, a good student. We see how they pass their days by selling explicit pictures, playing, and making trouble.

Things started to change when they had a fight with the rival gang of another school. This incident caused them to separate as Joon-seok and Dong-su drop out of school while Sang-taek and Jung-ho go to college. 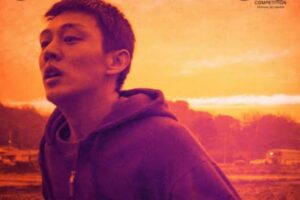 This globally critically acclaimed psychological thriller movie is now available on Tubi TV to enjoy. The story is about a young deliveryman, Jong-su, who wants to be a novelist.

One day he encounters Hae-mi, an old classmate of his, whom he barely recognizes initially, due to her plastic surgery. They become close and from her, he gets to know about her upcoming trip to Africa.

Hae-mi gives the duty of feeding her cat to Jong-su and leaves for Africa. But everything changes when she returns with a mysterious stranger with whom she bonded at the Nairobi airport. 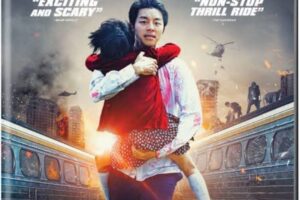 Train to Busan is one of the most famous South Korean movies on Tubi TV. This apocalyptic movie depicts a zombie outbreak that suddenly emerged out of nowhere.

We see Seok-woo, a workaholic father struggling to care for his daughter going to Busan to deliver her to his ex-wife. And then suddenly, a zombie enters their train without anyone noticing.

Hells break loose when the zombie infects a train attendant and thus starts a chain of infections. Now Seok-woo must protect his daughter and take her safely to Busan. 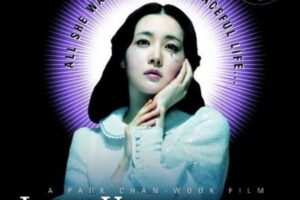 This movie is the second installment from the Vengeance Trilogy of the famous director Park Chan-wook. The film is about an innocent woman’s journey for vengeance.

We see how Geum-ja had to take the blame for the murder of a 6-year-old boy. And, due to that, she had to spend a hellish time in the women’s prison.

After coming out of prison, she plans her revenge and tracks down the person responsible for her tragic life. 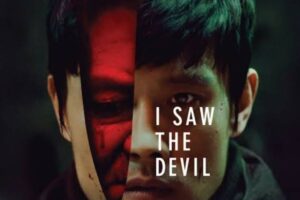 This South Korean thriller movie is a great watch for fans on TubiTV. The film starts with the scene of Kyung-chul, a bus driver encountering a pregnant woman and pretending to help her by fixing her car.

He kills her and scatters her body parts to avoid getting caught. Her fiance is the Soo-hyun, a National Intelligence Service agent who vows to take revenge for her. 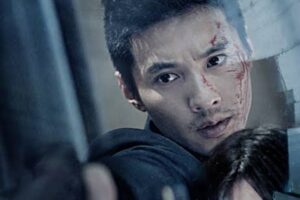 This is another South Korean thriller movie that is available on Tubi TV. This movie portrays the strong bond between a little girl So-mi, and Tae-sik, a mysterious man running a pawn shop.

So-mi’s mother is a drug addict dancer who entangles herself into problems when she tries to steal drugs from her bar. The gangsters after her, then come for her daughter, who is the care of Tae-sik.

Now Tae-sik must do everything in his power to protect her as she very much reminds him of people he couldn’t save in the past. 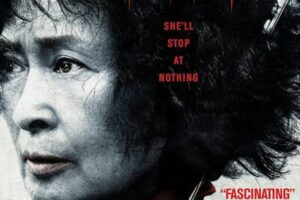 Mother by Bong Joon Ho is one of the most praised films by critics. Through this movie, we see how far a mother can go to protect her children.

We see a woman living with her intellectually challenged son Do-joon in a small town. Her son is shy but good-natured and is scolded but adored by his mother.

Things get rough for them when the police accuse Do-joon of killing a local girl. Now the mother must go to any lengths to prove her son’s innocence. 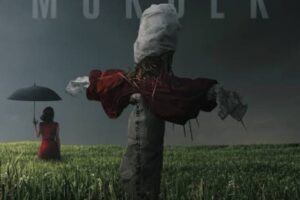 Another masterpiece by the director Bong Joon Ho is Memories of Murder. This movie is based on the serial murder cases that plagued Korea in the 1980s.

We see a pair of detectives trying their best to find the culprit of a series of murders of women in a small town. But lack of experience becomes a problem in their investigation.

As cases pile up, the officers must gather their act together and search for the culprit as soon as possible.

We hope this list was able to help our readers find a great film to watch. Stay tuned for more articles on Korean movies/dramas.