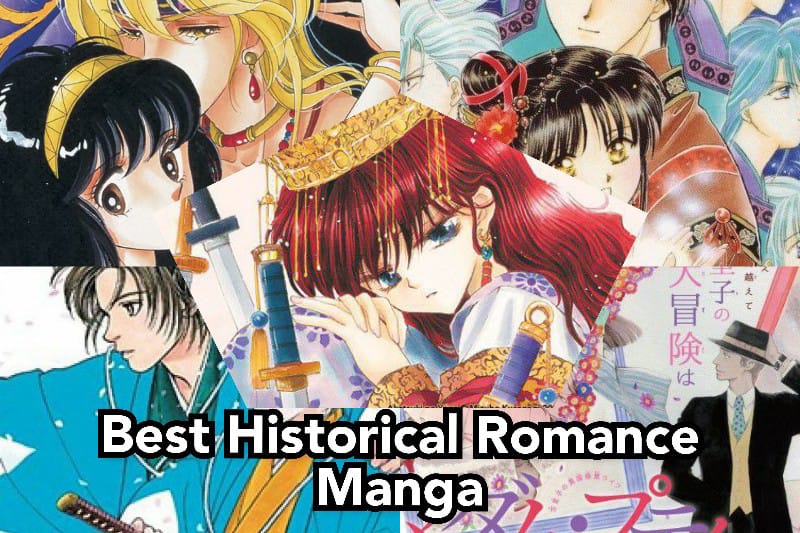 If you share your love for anime and manga likewise, you probably are no stranger to one of the dominants genres in the manga world – Romance. Combine this genre with art and history; you get an exciting historical romance manga.

There could be millions of historical romance manga, and we’d still find something new to explore and adore. Today we bring you a list of the top 15 Best Historical romance manga that would satisfy your love for art, history, culture, and romance. We have also ranked the manga in our list based on MAL scores.

15) Hakushaku to Yousei (The Earl and The Fairy)- 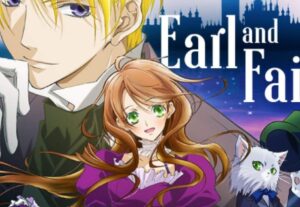 The Earl and The Fairy is the best historical romance manga for you if you love the Victorian Era. Set in 19th Century England, the story narrates the journey of the “fairy doctor,” Lydia, the main protagonist, and Edgar.

Lydia runs into Edgar, the legendary blue knight, and their circumstances put them on a quest to obtain a fantasy treasured sword.

Their journey is filled with many exciting scenarios amongst beautiful Victorian architecture and life during that era.

14) Ojousama no Untenshu (The Heiress and The Chauffeur)- 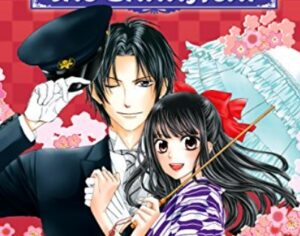 If you’re looking for a short and exciting historical romance manga, this manga is it. The art style of this manga is gorgeous, with beautifully designed characters that you’re sure to enjoy.

Set in the flourishing Taisho Era of Japan, the plot focuses on the relationship between an heiress, Yoshimura Sayaka, and her dedicated and charming Chauffeur, Narutaki Shinobu.

While everyone constantly speculates their relationship to be a scandal, their story is nothing short of forbidden love between two people of different economic statuses in society. 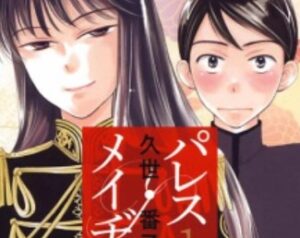 Palace Meidi is a breath-taking female dominant historical romance manga with a stunning art style. Set in the developing Meiji era of Japan, however, in an alternate universe, the plot focuses on Misono Kimiyori, a young boy who begins to work in a Palace ruled by Empress Akiko.

Their relationship is full of hilarious and wholesome moments which will surely get you swooning. 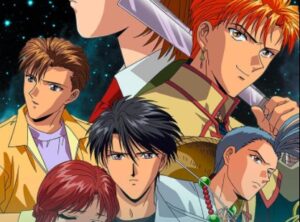 Fushigi Yuugi is an isekai manga filled with romance, adventure, and comedy. The story focuses on two friends, Miaka Yuuki and Yui Hongo, when they find a mysterious book in the library. As soon as they open this glowing red mysterious book, they’re sucked into an ancient fantasy era.

While Yuuki remains trapped in the book, Hongo is suddenly thrown back into the real world mid-story. Yuuki must then navigate through the ancient fantasy world and find a way back all on her own. 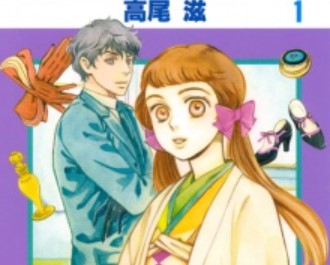 Madame Petit is a beautiful blend of different genres such as murder-mystery, romance, and historical manga. Set in the 1920s, the story narrates the life of a 16 years old girl, Mariko, who is happily married to a 30 years old man.

However, when her husband is shockingly found dead during their first night on Orient Express, Mariko begins on her journey towards finding the truth as she cops up with the loss of her husband.

10) Akagami no Shirayukihime (Snow White with the Red Hair)- 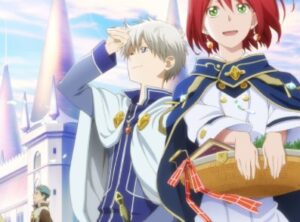 Based on the classic Snow white theme, the story narrates the journey of Shirayuki, an herbalist with beautiful red hair. Her life takes an uncomfortable turn when Prince Raj forces her to be his concubine.

Shirayuki refuses his proposal, chops off her hair, and flees the country. She runs into Prince Zen Wistalia of Clarines and forms a bond.

All was well until Prince Zen accidentally took a bite of the poisonous apple meant for Shirayuki by Prince Raj. She then swears to embark on a journey to find a cure. 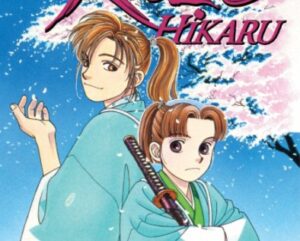 Kaze Hikaru is one of the best historically accurate and dense manga. It’s set during the Bakumatsu era in Japan. If you crave some samurai action and Japanese culture, this manga is for you.

The plot focuses on the life of a samurai Tominaga Sei, a young girl who disguises herself as a boy to avenge her father and brother’s death by joining the famous organization Shinsengumi.

The plot is filled with informative historical events, action, politics, multi-layered characters, and plenty of romance. 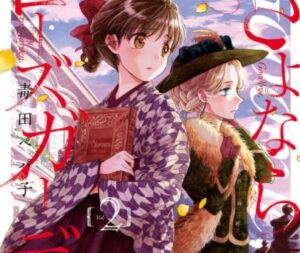 This manga is a beautifully crafted piece in all aspects. It offers a beautifully detailed art style, deep romance, and a wholesome plot. It narrates the journey of a young girl, Hanako, who abandons her home in Japan and travels to England to pursue her career in literature. Rejected by countless publishing houses, she’s hired by a noblewoman, Alice Douglas as her maid.

Alice appears to be a reserved and saddened person to Hanako as she offers to grant her any wish on one tragic condition. As the plot progresses, the two of them form a deep romantic connection which will make you teary.

7) Saiunkoku Monogatari (The story of Saiunkoku)- 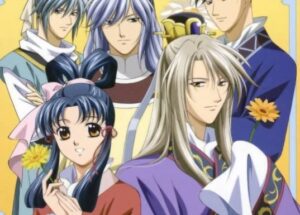 If you’re looking for a romance dense and empowering female lead manga, Saiunkoku Monogatari is the best historical romance manga for you. Set in the medieval fantasy era of Empire Saiunkoku, the story narrates the struggles of an ambitious noblewoman, Shuurei Kou, who is hired as the Emperor’s consort.

Reluctant due to her low-income family conditions, Shuurei is promised a handsome reward in exchange for teaching the young Emperor to become a responsible and knowledgeable ruler.

The plot offers some beautifully romantic moments and some bitterness as the relationship between the two grows more profound and more mature. 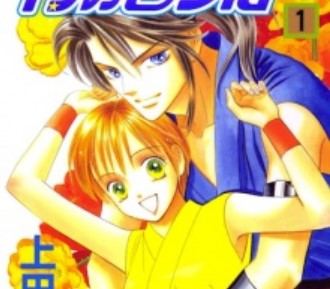 The plot narrates the story of Usagi, a good for nothing and carefree young girl who is the granddaughter of the leader of the Ninja Village. The leader betroths Usagi to Lord Hanzo, a capable ninja, after finally giving up hopes of any improvement in Usagi as a Ninja. The twist is that Lord Hanzo has no interest in this marriage or Usagi.

The plot is packed with humor, romance, and lots of Shinobi action. 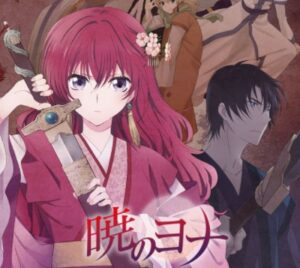 We highly recommend Akatsuki no Yona if you’re looking for a mythical and historical romance manga. Set in a fantasy world filled with legendary tales of powerful dragons, Yona is the only remaining princess of the kingdom of Kouka. Her luxurious life ends when her father is murdered by her cousin.

Yona must escape and hide with only her bodyguard, Son Hak, by her side. As the plot progresses, Yona discovers that she must find four legendary dragon warriors to avenge her father and restore her kingdom. 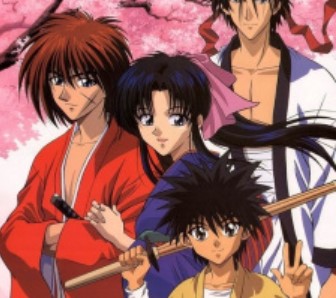 Rurouni Kenshin is a must-read if you love a long, intense, action-packed historical romance. Set in during the Bakumatsu and early Meiji Era, the story focuses on the bizarre life of a cold and legendary samurai assassin, Himura Kenshin. Himura is a feared and invincible assassin titled “Battosai.”

The plot progresses over the years, narrating different tragic phases of Himura’s life. He goes from being a legendary assassin to finally quitting and hiding his identity and wandering throughout Japan until he finds love.

However, his tragedy doesn’t end there. Based on a true samurai and adapted into movies and anime, you absolutely cannot miss out on Rurouni Kenshin. 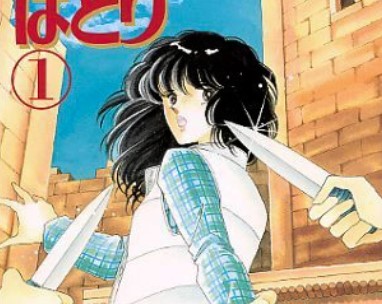 Red River is another isekai manga on our list that has a dense romantic plot. Set in a fantasy Empire of Hittite in ancient Anatolia, the story focuses on a modern-day teen Yuri who is suddenly teleported into the fantasy Empire.

Yuri is immediately dragged into the ongoing politics of an ambitious Queen who claims her as an essential sacrifice for her plans. Suddenly, a young prince, Kail, saves Yuri just in time.

With Prince Kail, Yuri must find a way to overpower Queen’s clever schemes. But as the plot progresses, the two falls in love and must make some painful decisions. 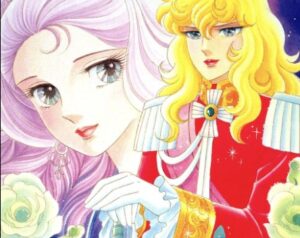 Versailles no Bara is one of the classics that paved the way for Shoujo manga. The manga is set during French Revolution, 1789, narrating the story of two young women burdened by their noble families for various responsibilities and family politics.

Their paths cross in France, where the protagonist, Marie Antoinette, is to marry the crown prince of France, Louis XVI.

This manga is a masterpiece filled with various plot twists, meaningful romance, and women empowerment. 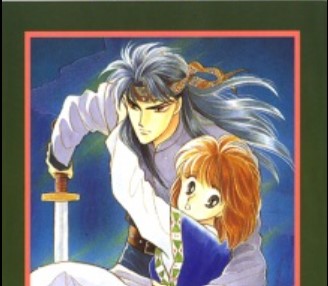 Katana Kara is our recommendation if you are looking for one of the best historical romance manga. Set in an ancient fantasy world. It narrates the story of a teen, Noriko.

One fine day, she’s suddenly whipped away to this fantasy land. She keeps running into trouble in this new world until a handsome young man, Izark, saves her. The two of them together embark on a journey of survival in this peculiar and dangerous world.

The manga offers an epic romance filled with tragic events and a dash of a thriller. As Kanata Kara is a good blend of different sub-genres, we highly recommend you not miss out on it.

With that, our list comes to an end; we hope you never fall short of manga to read. We will be back with more recommendations; stay tuned.

Best Cooking Anime on Funimation that will whet your appetite