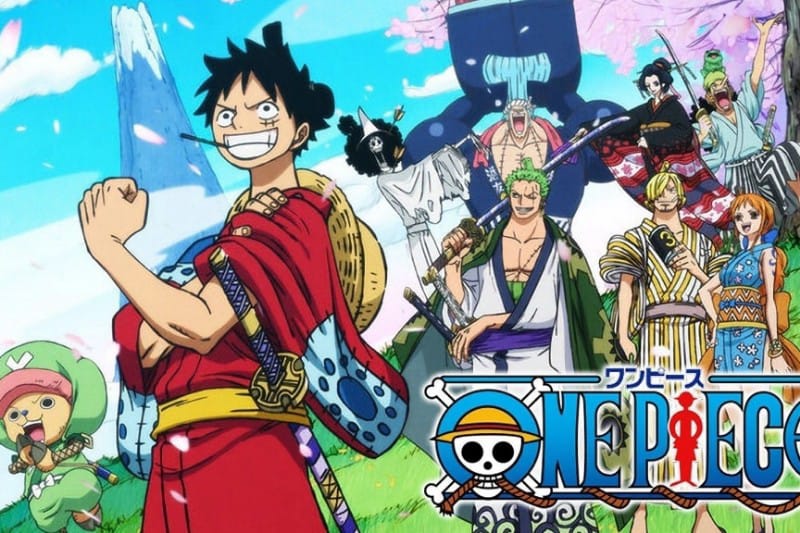 Now, the Wano arc is at its end, and we have already witnessed the extreme strength of some strongest characters in One Piece. Finally, in the end, Luffy overpowered Kaido with his strongest punch ever, “Bajrang Gun.” Even Kaido’s most potent form, Flame Dragon Torch, could not stand a chance against Luffy Gear 5.

Now, everyone is waiting for the conclusion and the aftermath of the Wano battle. Till then, we have commenced listing the Top 15 Strongest One Piece Characters in Wano Arc. Here, we are considering the prime form of each character. Let’s see who will rank first, Luffy or Kaido? 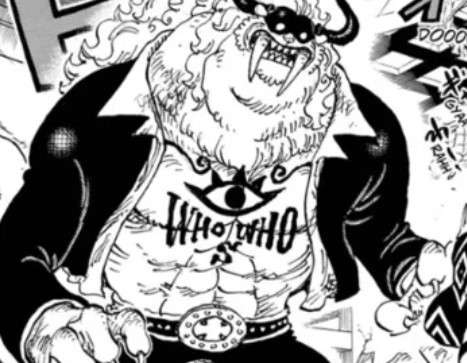 Who’s Who is the strongest member of the Flying Six who fought Jinbei in the battle. He was an ex CP9 member; nevertheless, was imprisoned due to failure in his mission to protect Gomu Gomu no mi.

Later he joined Tobiroppo under Kaido and strived to become one of the All-Stars by defeating Jack. He ate ancient Zoan devil fruit, Neko Neko no Mi, Model: Saber Tiger that allows him to transform into a sabretooth tiger.

Along with fruit abilities, he also knows all Cipher Pol’s combat techniques. No doubt, he is one of the strongest One Piece Wano characters. 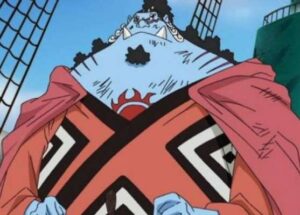 During the Wano battle, he defeated the most powerful member of the Flying Six, Who’s Who. In the end, Jinbei and Raizo are the ones who saved everyone from the fire. 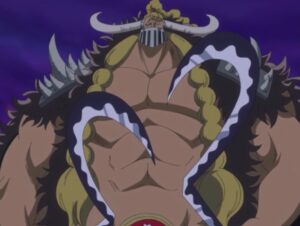 Jack, the drought is one of the strongest One Piece Wano Characters who fought against Nekomamushi & Inuarashi in the final battle. He has immense physical strength.

Along with it, he ate ancient Zoan fruit, Zou Zou no Mi, Model: Mammoth that allows him to transform into a gigantic mammoth. He is the most powerful Fishman on land in the One Piece world, but due to fruit disadvantage, he lost all his abilities underwater. 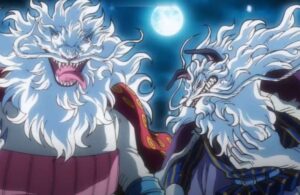 Nekomamushi, or Inuarashi, are the rulers of the Zou Island. They are from the mink tribe and were once a fellow of the Whitebeard and Roger Pirates along with Oden.

In their Sulong form, they are powerful enough to crush Jack, the drought. Both Nekomamushi and Inuarashi are equally powerful and experienced. They played a significant role in the Wano battle. 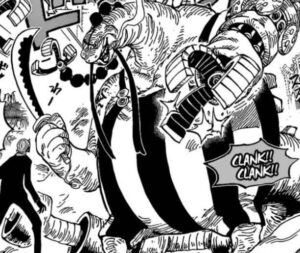 Queen, the Plague is a genius scientist when it comes to weapons. He is a weapon expert and one of Kaido’s All-Star. He has the potential to eliminate an army of soldiers with his bioweapons.

Not only this, he ate ancient Zoan devil fruit, Ryu Ryu no Mi, Model: Brachiosaurus, which assisted him in transforming into Brachiosaurus. He even modified his own hybrid form with weapons. He is considered to be one of the most dangerous characters in battles. 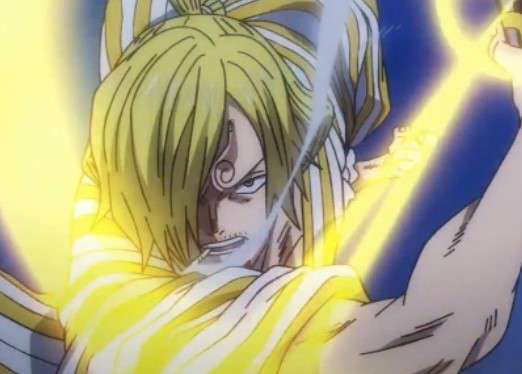 Black Leg Sanji is the best cook in the One Piece world. No one can beat him in cooking skills. Apart from cooking, he is also one of the most powerful characters.

After using the Raid suit multiple times, his body awakened genetic enhancements, resulting in an exponential increase in physical strength, speed, and durability.

Even Queen’s sword was broken into pieces when he attacked Sanji’s neck. He has extremely high physical strength that he sent Queen, in Brachiosaurus hybrid form, flying through several walls on the Pleasure Hall only with his kick. We haven’t seen his full potential yet after awakening; that’s why we have ranked him in 10th position. 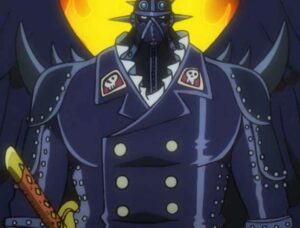 King, the Wildfire, is one of the strongest characters in Wano Arc. He is from the Lunarian Tribe from Red Line who can create fire, and his back is always burning, providing him immense durability.

He is the most powerful person in the Beast Pirates after Kaido. Not only this, but he also has ancient Zoan fruit Ryu Ryu no Mi, Model: Pteranodon. In his pteranodon form, he gains the ability to fly at extremely high speeds. He gave a tough fight to Marco and Zoro during the battle.

Roronoa Zoro played a major role in the Wano arc by defeating King, the right hand of Kaido. With the help of Chopper’s medicine, he temporarily gained the rise in strength that assisted him in overpowering King.

Many fans contradict that King was more powerful than Zoro. In overall ability, King was stronger, but in skills, Zoro is much better than King. In addition, now he can control Enma, a great-grade sword. 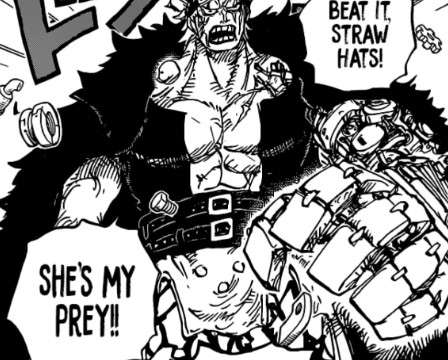 Eustass Kid is also one of the strongest characters in Wano Arc after awakening his fruit, Jiki Jiki no Mi. His fruit grants him magnetic properties allowing him to attract or repel all nearby metals.

In his awakening, he transformed Big Mom into a magnet, and she got stuck to the tower. In addition, his fruit grants him the ability to remodel metals into various shapes and sizes. If he uses his brain and wields his fruit like Douglas Bullet, then he will become one of the most effective characters in One Piece. 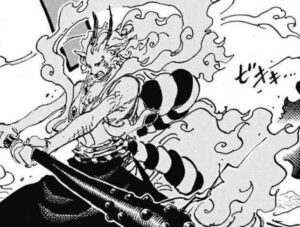 Yamato, Kaido’s daughter, is one of the few characters in the One Piece world that has advanced conqueror Haki and possesses Mythical Zoan devil fruit, Inu Inu no Mi, Model: Okuchi no Makami.

When Luffy was defeated, she fought one on one against Kaido in hybrid form. The series also illustrated the conqueror clash between Kaido and Yamato.

In addition, she can use multiple abilities in her hybrid form. No doubt, she is more potent than King, Zoro, and Kid. Here, we have placed Yamato before Law because Law has overpowered abilities that have shaken even the emperor. 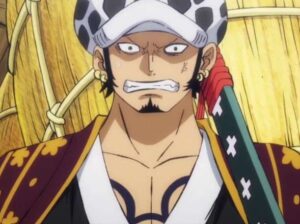 Trafalgar D. Water Law is one of the strongest characters in the Wano arc after awakening his devil fruit. His fruit, the Ope Ope no Mi, is considered to be the best fruit in terms of abilities.

He brilliantly used his fruit to provide internal damage to Big Mom and avoid her taking more souls. He played a significant role in defeating an Emperor, Big Mom. 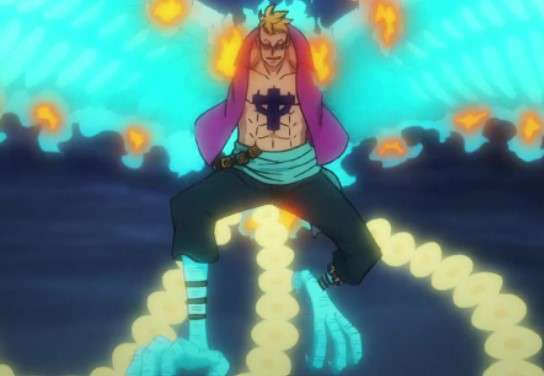 Marco, the former first commander of the Whitebeard pirates, is also one of the strongest One Piece Wano characters. He unveiled his true strength and abilities in this arc against Beast Pirates.

Marco alone managed to fight against both King and Queen simultaneously. Also, when Kaido defeated Luffy a second time, he ceased Kaido’s breath fire to save Nami. 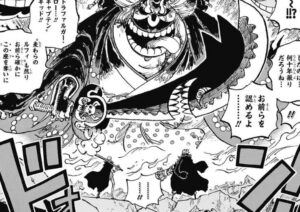 Big Mom is the strongest female character in the One Piece world. She is the emperor of the sea and is equally powerful as Kaido. If Luffy, Kaido, and Big Mom fight one on one, then it will be difficult to predict the outcome.

However, Big Mom is too dependable on her fruit’s ability. And this leads to her downfall. Both Law and Kid figured out the loopholes of her fruit, and in the end, they both conquered her. 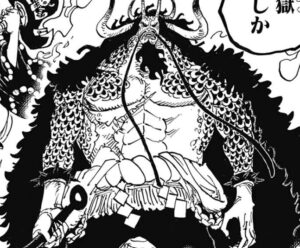 Kaido, the most powerful creature, is ranked at the second position in the list of Strongest One Piece Wano Characters. Both Luffy and Kaido stand at the same power level, and it isn’t easy to rank them. He ate mythical Zoan fruit, Uo Uo no Mi, Model: Seiryu that grants him the ability to transform into an Azure Dragon.

Many fans contradict this by referring to Kaido as the strongest because he fought back-to-back with many powerful opponents. Here, we agree on this point, and the main reason behind putting Luffy at the top is because of his extreme durability and popularity among fans.

Must Read: Kaido vs Oden: Who would win in one-on-one battle? 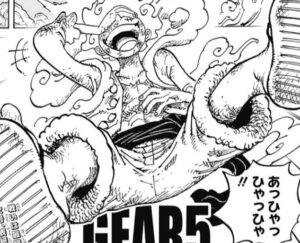 The protagonist of the One Piece series, Monkey D. Luffy, is the strongest One Piece Character in the Wano arc. The awakening of his fruit, Hito Hito no Mi: Nika, grants him the ability to change his surroundings in rubber.

His fruit’s awakening allows him to change the surrounding like paramecia but has the abilities of Zoan too. Luffy is the only character in the One Piece world who has properly awakened the Zoan fruit. That’s why Kaido was surprised to see his abilities. 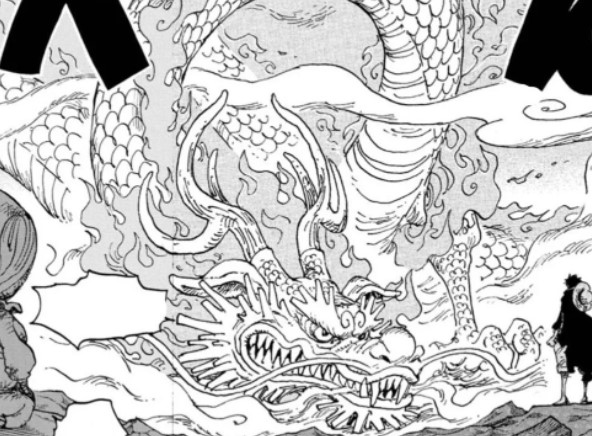 We have placed Momonosuke in the special mentions because he has the potential to fight one-on-one against Kaido in his dragon form. Presently due to fear, he was only able to support Luffy in the fight.

But if he had the fighting spirit, then no doubt, he would be a great help to Luffy. In his dragon form, he is able to injure Kaido. We do not know the potential peak of his power and abilities; that’s why we have ranked him in the special mentions. 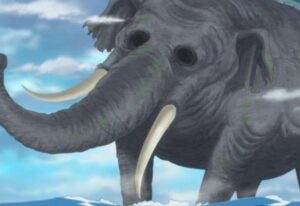 Zunesha is the tallest living creature in the One Piece world. This elephant has been alive and wandering in the sea since ancient times. It’s one attack is enough to fly anyone. If it wants, it can destroy anything in the sea.

Zunesha’s height is over 35 km (21.75 miles), and its length is over 20 km (12.43 miles). It is impossible to rank it because no one can defeat this elephant. Therefore we have listed it in the special mentions.

Here, we conclude our article on “Top 15 Strongest One Piece Wano Characters Ranked (By the End of Battle).” We hope you like it. We will be back with another One Piece article. Till then, stay tuned with us and read the articles mentioned below.