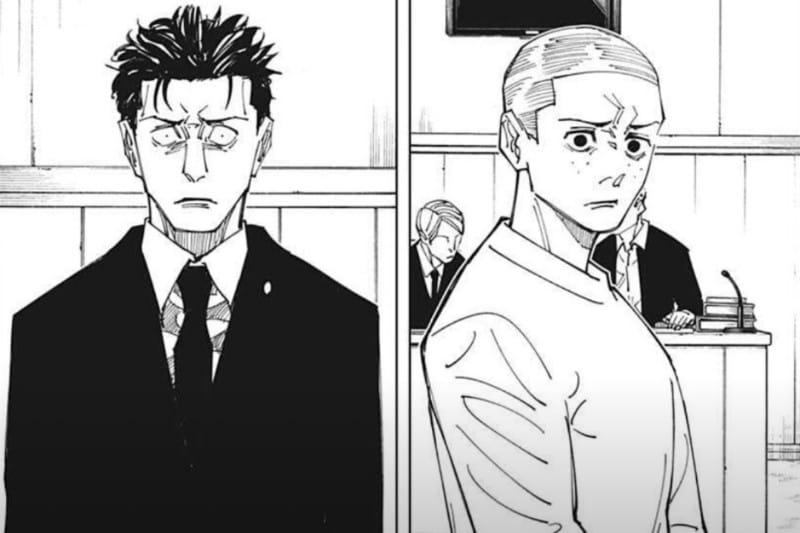 Gege Akutami’s Jujutsu Kaisen has taken the recent markets with its fantabulous plot and story arcs. It’s one of the most proposed manga to the newcomers to the Otaku’s world. Spread over 17 volumes and 152 chapters currently, it’s rapidly bringing a tremendous number of fans under its fanbase.

The first chapter was published on the 5th of March, 2018, in the 14th issue of the Weekly Shounen Jump and was awarded The Best Anime of the year 2021 by Crunchyroll and Best Antagonist (Ryomen Sukuna). The manga continues to spread its roots into the hearts of new anime watchers, and the hype for the 2nd season, which is supposed to be released and the end of this year, is immense.

The fundamental plot revolves around Yuji Itadori, who gobbles up one of the fingers of the undisputed King of Curses, Sukuna. This brings him into the world of Cursed Spirits and begins his hunt along with his subordinates for the remaining 19 fingers of Sukuna so that he can die along with him.

He joins Tokyo Jujutsu High, along with Megumi Fushiguro and Nobara Kugisaki, and boldly plays out his responsibility to exorcise cursed spirits. Along with his friends and subordinates, he possesses the immense potential and always lives up to the mark.

Among them, Hiromi Higuruma is of notable mention. The primary antagonist of the Tokyo no. 1 colony arc, he is a 100 points winner of the infamous Culling game. The rest of the article is going to introduce you all to the powers of Hiromi Hiruguma in Jujutsu Kaisen.

Hiromi Hirugami is one of the most promising characters in Jujutsu Kaisen. He was introduced in the Tokyo No. 1 Colony Arc, where Itadori and Fushiguro go to the Tokyo Culling Colony to persuade Hiromi. He is one of the only players to score a perfect 100 at the Tokyo Culling Game. He made his cameo appearance in chapter 143 and his debut in the 159th chapter.

Hiromi comes off with a very calm personality, who stands aloof and quite detached from the regular crowd. His general look is of a tired and overworked person due to the nature of his work. He is a lawyer by profession and is well known for taking up cases where the defendant is sure to be found guilty of criminal charges.

He has a supreme sense of justice, and to save the wrongfully accused and prove their innocence is his ultimate professional goal. Hiromi just can’t leave things unsettled. His mental health is greatly affected whenever his clients vent out their anger on him when he is unable to prove their innocence.

Hiromi is quite dissatisfied with the regularities in life and always on a new venture to try out new things. He tries to bring a short change to the regular course of things. He takes great interest in the Culling game and is a proud champion with 100 points.

Hiromi’s initial life was quite simple as he was born as a non-sorcerer. However, he was especially marked by Kenjaku at some point in the Culling Game. When Kenjaku used his remote activation of Idle Transfiguration, it altered Hiromi’s soul so as to give him the power to use cursed energy. He is a very strong wielder of multilayered cursed techniques and is even capable of using the infamous Domain Expansion at his will.

Being an extremely brilliant student, he managed to reverse engineer a barrier spell, which gave him even a greater grasp on his curse energy manipulation. Hiromi’s cursed technique was one of the most awaited moments, and to say, it has proudly managed to stand up to the hype. Hiromi’s cursed technique was revealed during his fight with Yuji at the Culling games and is one of the most spectacular fights in the arc.

His Cursed techniques bear a close resemblance to his profession as a lawyer and have a touch of court-rooms and its various accessories everywhere. He possesses superhuman physical characteristics, is a master of weapon usage, and also possesses statistical amplification techniques. He is also resistant to soul manipulations.

Hiromi possesses the Summoning technique, which allows him to summon his Shikigami, Judgeman. It has a large black body with three stubbed points that act as a pair of arms and a leg. Each arm holds a scale while the eyes are shut by three switches. Judgeman resembles The Lady of Justice, has the ability to speak, and mostly appears during Hiromi’s Domain Expansion technique.

Hiromi’s ultimate technique, his Domain Expansion which he label as Deadly Sentencing. Rightfully named, it manifests a courtroom where the accused stands inside the witness box. The courtroom is surrounded by the infamous execution device, the guillotine.

Hiromi’s domain expansion is quite different from the other domain expansions which we have seen. Domain expansion of other users guarantees the opponent to get hit by the user’s attacks, but a domain expansion that prohibits the use of violence was seen for the first time and was quite spectacular in itself. It involves a mock trial where Judgeman determines whether the accused is guilty or not.

On the pronunciation of the verdict, the Judgeman confiscated all the cursed powers of the opponent. This is followed by the final attack, The Executioner’s Sword, which is indeed a lethal blow and ultimately kills the opponent.

Hiromi’s cursed tool is also connected to his innate technique. The Gavel is a highly versatile tool used throughout court proceedings. He uses it both during his domain expansion and also outside it and also possesses the technique to manipulate it into various shapes.

His Gavel is greatly controlled by him, and he acts at his will. It even returns back to him when thrown at an opponent. He can even elongate the handle to make it look like a giant hammer that can smash his enemies. The Gavel can also shapeshift into various weapons as per convenience.

Jujutsu Kaisen marks its place among its rivals due to highly engaging characterization and story bends. Interested otaku’s can watch it on Mangaplus Shueisha official site. That’s all for now. We will be back with another Power of any character article. Till then follow us and read the article below.