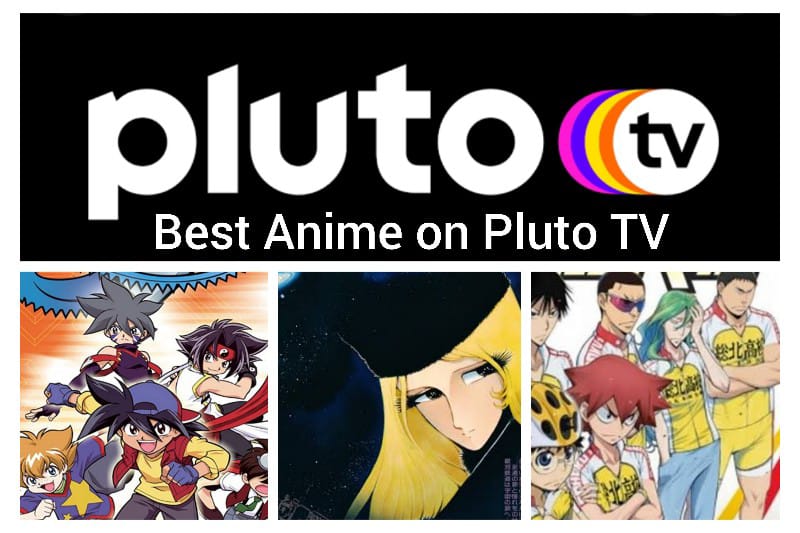 Pluto TV is one of the most popular streaming services in the USA. It has only one medium of earning that is ad-support (or AVOD), but in exchange, it provides you a collection of more than 250 live channels, movies, TV-Shows, and anime. Yes, you read it right; Pluto TV also has a good collection of anime that you can watch with ads.

However, the major obstacle is that there is no detailed guide for the fans to let them know how to use Pluto TV, the best anime available on it, and the list of other anime that they can binge-watch. We all know, anime has become popular worldwide, and everyone is on the route of becoming a weeb. Therefore, in this post, we will discuss the guide, the top 10 anime, and the list of other anime movies or series available on Pluto TV. So, let’s begin;

How to Watch Anime on Pluto TV-

Pluto TV comes with a ad-support package with ad support. Ad-support means the user even doesn’t have to input the credit card details to access shows or movies. So, here are some ways to watch on-demand anime series on Pluto TV. Also, remember the Live-TV section connects to the TV channels that display different anime shows at various time intervals.

Pluto TV is currently accessible in the USA and outside America; it is only available in Europe and Latin America.

Also, after 15-20 minutes, a pop-up will show about the sign-up for Pluto-TV. You can sign-up for ads and continue watching.

Pluto TV app is available on both android and iOS. But only for the accessible countries.

Outside the USA or Europe, you can access Pluto TV by using VPN. VPN stands for a virtual private network that changes your location by creating a private network.

For Pluto TV app, you can download the apk from the Google and access it via VPN as mentioned above.

Beyblade (2001) is the first and original Beyblade series that everyone loved. It was so popular that we, in the past, purchased Beyblade toys and played matches. It has a story of a Beyblade team comprising five members, Tyson Granger, Max Tate, Kai Hiwatari, Ray Kon, and Kenny (technical support), who desire to become the greatest Beyblade players or Beybladers in the world.

Yowamushi Pedal is a sports anime primarily dedicated to cyclists. Sakamichi Onoda, in the hope of reviving the school’s anime club, meets Shunsuke Imaizumi, a determined cyclist. Sakamichi has been traveling a weekly 90-kilometer ride since fourth grade, and his cyclist skills are top level. After learning about Sakamichi, Shunsuke challenged him for a race and, in the end, selected him in his team for the world of high school bicycle racing.

The complete anime series, JoJo no Kimyou na Bouken or Jojo’s Bizarre Adventure, is the story of the Joestar family having supernatural power. Every season focuses on the next generation of the Joestar member with different adventures and supernatural abilities. It has a different plot for every season, but they all are connected.

Bleach anime is one of the big three series. It is a supernatural anime series having Ichigo Kurosaki, an ordinary high school boy, as the protagonist. His life changed when he was granted some extra-ordinary powers from an injured soul reaper, Rukia Kuchiki, to save his family from an evil spirit known as Hollow. Now to save Rukia from the judgment of the soul society, Ichigo has to travel different worlds.

The Naruto series is also one of the big three. It is an action-adventure Shonen anime that displays the story of ninjas. In the ninja world where war is going on between the different villages, Naruto Uzumaki, a child born in the hidden leaf village, is chosen for the vessel of the Nine Tail Fox demon. Due to a beast sealed inside him, he is not able to use his own chakra, and no one in the village befriends him. It is the life story of Naruto Uzumaki, who overcome all the hardships to become the strongest ninja.

One of the best action-comedy series is One Punch Man. Saitama, the protagonist, and an ordinary person who trained his body daily for three years. As a result, he accidentally removed his limiter and has become the strongest character of the series. However, in exchange for this great power, he lost his hair and emotions. Now he is bored with his life where every opponent is only one punch for him.

One Piece is one of the best anime on Pluto TV. It is the only running anime series of the big three. Monkey D. Luffy, a 17-years-old boy who wants to become a Pirate King, sets sail in the East Blue to find crewmates.

He ate Rubber-Rubber devil fruit which grants him the abilities of a rubber man; however, in exchange, he lost his ability to swim. In his journey to find new crewmates and the biggest treasure, One Piece, he has to overwhelm all the monstrous pirates worldwide.

Death Note is the best short anime with mystery, supernatural, and suspense. The plot begins when a Shinigami drops his death note in the human world for entertainment, and the death note is found by an intelligent schoolboy, Light Yagami. Now he decides to eliminate all the criminals from the world by writing the names in the death note. However, his major obstacle is L, the best detective appointed to find him.

Hunter x Hunter is the best anime series to watch on Pluto TV as per IMDb ratings. It is a story of a boy, Gon Freecss, who dreams of becoming the greatest hunter so that he can find his father, who was also a great hunter. He lives in a world where different monsters exist, and hunters are appointed for the dangerous missions. During his hunter’s official exam, he befriends Leorio, Kurapika, and Killua. So how his hunter journey proceeds with his friends.

This concludes our list of best anime on Pluto TV, along with a watch guide. Now you can access Pluto TV from anywhere in the world; all you need is an email id and VPN (for some places). We will be back with another list or guide in the next post. Till then, stay healthy and read the articles below.